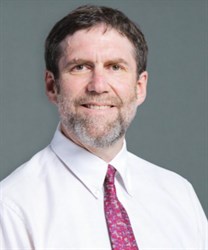 Dr. Goldfarb is the former President of the New York Society of Nephrology and the ROCK Society (Research on Calculus Kinetics). He was chosen as the Stone Crusher of the Year by the Oxalosis and Hyperoxaluria Foundation (OHF) in 2014 and as Nephrologist of the Year by the American Kidney Fund in 2016.

Currently, Dr. Goldfarb is a member of the Medical Advisory Board of the NKF of Greater New York, the OHF, and the International Cystinuria Foundation. He is a member of the editorial boards of JASN, CJASN, Kidney International, Urolithiasis and Current Opinion in Nephrology and Hypertension. Dr. Goldfarb's past medical history is significant for having had three calcium oxalate monohydrate stones.