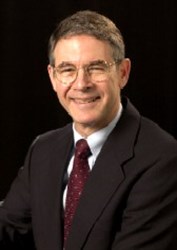 He is currently C.N.H. Long Professor of Internal Medicine and Professor of Cellular and Molecular Physiology at Yale University School of Medicine. Dr. Aronson received his undergraduate education at the University of Rochester and his medical education at New York University. He was an internal medicine resident at the University of North Carolina and a research fellow at the National Institutes of Health before coming to Yale as a renal fellow in 1974. He was Chief of the Section of Nephrology at Yale from 1987-2002.

Dr. Aronson has published articles and book chapters on renal electrolyte and acid-base physiology. He has received a number of awards for his research work, including the Young Investigator Award of the ASN and American Heart Association in 1985, as well as the Homer W. Smith Award of the ASN in 1994. He received the Solomon A. Berson Medical Alumni Achievement Award in Basic Science from New York University in 1996.

Dr. Aronson lives in Guilford, CT with his wife, Marie Landry, who is Professor of Laboratory Medicine and Director of the Clinical Virology Laboratory at Yale. They have two sons, Paul and William.