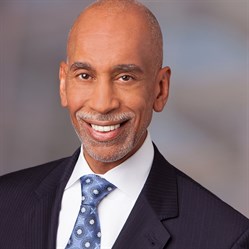 Dr. Wesson is Professor of Medicine, Texas A&M College of Medicine, Dallas, TX. He is a long-time advocate for improving the health of communities through focused, data driven population health initiatives and internationally recognized researcher in kidney acidifying mechanisms. He has translated his basic science studies to clinical studies examining the role of nutrition in population health and the kidney-protective benefit of nutrition. Dr. Wesson received his undergraduate degree from the Massachusetts Institute of Technology. He attended Washington University School of Medicine and earned his medical degree from Baylor College of Medicine (Houston), completed his Internal Medicine residency and internship at Baylor College of Medicine, and his nephrology research fellowship at the University of Illinois (Chicago). He earned his Master of Business Administration from the University of Texas (Austin). Dr. Wesson was elected Secretary-Treasurer of the American Society of Nephrology (ASN) in 2007 after serving on many ASN committees since 1996. He is Past Chair of the Board of Directors of the American Board of Internal Medicine (ABIM) (2007-2008) and Past Chair of its Foundation (2012-2014) and served the ABIM 2001-2015. He has also held multiple positions within the National Kidney Foundation.