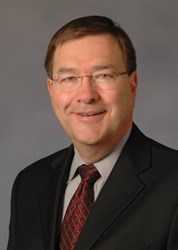 Dr. Molitoris has served the ASN in many capacities. He has served on numerous committees including the Training Program Directors Committee, the ASN Week Program committee and was chair of this committee, the Nominating Committee and served as chairperson of the AKI Advisory Board. He has been involved in numerous NIH committees, NIH study sections and National Kidney Foundation committees including the National Scientific Advisory Board.

The major area of his research studies over the last 20 years has centered around the cell biology of acute kidney injury with an emphasis on proximal tubule cell injury secondary to ischemia and/or nephrotoxins. He also focuses on the use of 2-photon microscopy in live animals to understand the normal physiology, disease pathophysiology and therapeutic responses. He has been continuously funded by both the NIH and the VA for over 20 years. He presently is the PI of a NIH RO1, P-30 O’Brien Core, a VA Merrit Review and numerous industry grants. He is a founding member of two Biotech LLCs dealing with 2-Photon and fluorescent technology.

Dr. Molitoris and his wife Karen live in Indianapolis. Karen is an assistant professor of nursing at Marian College. They have three children, Jason a MD PhD student at Case Western Reserve Univ., Jared who is completing a MS in Biomedical Engineering at Johns Hopkins University and Julie who is a first year Veterinary student at Purdue University.