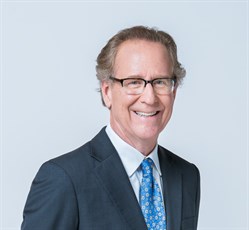 Dr. Coffman was elected to the ASN Council in 2003. He has served the ASN in a variety of capacities, including as Chair of the Program Committee in 1999, Chair of the Young Investigator Award Subcommittee in 2000, and as part of the JASN Editor-in-Chief Search Committee, also in 2000.

Dr. Coffman has received numerous honors, including election into the American Society of Clinical Investigation and Association of American Physicians along with his appointment as the James R. Clapp Distinguished Professor of Medicine in 2002. Dr. Coffman is current chair of the American Heart Association's Cardio-Renal Section, has served on several NIH review panels and advisory boards, and is a member of several editorial boards including the American Journal of Physiology and Cell: Metabolism. Dr. Coffman's research interests include the renin-angiotensin and prostanoid systems and their role in regulating blood pressure, kidney function, and renal inflammation. His laboratory work is supported by grants from the NIH and the Department of Veterans' Affairs.

He lives in Durham, North Carolina with his wife, Judy. They have three children, Stephen, Robert, and Evan.