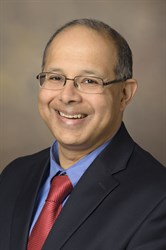 Prabir Roy-Chaudhury MD, PhD, FRCP (Edin) is a Professor of Medicine and Co-Director of the University of North Carolina (UNC) Kidney Center. After graduating from the Armed Forces Medical College, Pune, India, he trained in Internal Medicine and Nephrology at the University of Aberdeen, Scotland and at the Beth Israel Hospital, Harvard Medical School, Boston, USA. In addition to being an active transplant nephrologist, Dr. Roy-Chaudhury’s main research interest is in uremic vascular biology (including both dialysis vascular access dysfunction and cardiovascular complications in kidney disease patients). He currently leads a translational research program in this area funded through the National Institutes of Health, the Veterans Administration research program, and through industry grants. Dr. Roy-Chaudhury has been the recipient of extensive NIH research grant funding, has received national and international awards, has published over 175 papers, and is a sought after invited speaker, both nationally and internationally.

Dr. Roy-Chaudhury has been actively involved in the public policy and administrative aspects of dialysis vascular access care and hemodialysis as a previous or current board member/councilor/committee chair for the American Society of Diagnostic and Interventional Nephrology, the Renal Network, the Interventional Nephrology Advisory Group of the American Society of Nephrology (ASN), the ASN Post Graduation Education Committee and the International Society of Nephrology-India and South Asia Committees, as well as being the previous President of the American Nephrologists of Indian Origin (ANIO).

Dr. Roy-Chaudhury was also the founding American Society of Nephrology co-chair of the Kidney Health Initiative, which is a public-private partnership between the ASN and the FDA, which aims to bring together nephrologists, industry partners, patient advocacy groups and regulatory agencies; in an attempt to facilitate the passage of drugs, devices and biologics into the kidney disease space.

Vascular Access Society of the Americas: Member, Board of Directors 2008-2013 and 2018 onwards

Cardio Renal Society of the Americas: Member, Board of Directors, 2018 onwards

The main focus of the Arizona Kidney and Vascular Program (AKVP) which I direct, is on "Uremic Vascular Biology", both in the context of vascular access dysfunction and cardiovascular morbidity/mortality in CKD/ESRD patients. AKVP is a patient-centered, multi-disciplinary, translational initiative that includes basic science, translational science and clinical research/outcome domains. We aim to better understand the mechanisms involved in vascular access dysfunction and cardiovascular disease in CKD/ESRD, so that they can be modulated into novel drugs/devices (technology innovation) that target these clinical problems. We have been continuously funded through the NIH and VA for this research over the last decade.

It is a distinct personal honor and privilege to have been nominated for ASN Council. I am proud of the fact that I have trained and worked in three countries on three continents (India, the United Kingdom and the US), which has resulted in a more global and inclusive perspective (both for medicine and life). Although we face a large number of challenges in kidney disease, we also live in an era of unprecedented biological and technological innovation which we must apply to kidney disease, while at the same time keeping the patient perspective front and center.