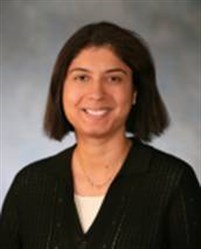 Reshma previously worked at Amgen, the world's largest biotechnology company, and has held roles of increasing responsibility within the organization. She most recently served as Vice-President and Global Head of the Nephrology and Metabolic Therapeutic Area. She has broad interest and experience in late stage clinical development including cardiovascular outcome trials and has been involved in studies with adult and pediatric patients representing a variety of disease states including chronic kidney disease, anemia, diabetes, heart failure, primary and secondary hyperparathyroidism. She has particular interest in the areas of anemia and chronic kidney disease and has led or overseen the seminal cardiovascular outcomes trials in these areas including RED HF (Reduction of Events With Darbepoetin Alfa in Heart Failure Trial), TREAT (Trial of Darbepoetin Alfa in Type 2 Diabetes and Chronic Kidney Disease), and EVOLVE (Evaluation of Cinacalcet Therapy to Lower Cardiovascular Events).

Reshma's honors and awards include the American College of Physicians Associates Council Award, the American Medical Women's Association Janet M. Glasgow Memorial Achievement Citation, and the Harvard Medical School Excellence in Teaching Award. She is a Fellow of the American Society of Nephrology and received board certification in Internal Medicine in 2001 and Nephrology in 2003.