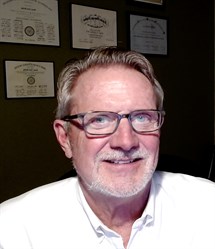 Roger A. Rodby, MD, FASN, received his medical degree in 1982 from the University of Illinois. He did his residency in Internal Medicine at UMDNJ Rutgers from 1982 to 1985, where he served as Chief Resident. He did his fellowship training in nephrology at Rush University Medical Center (RUMC) from 1985 to 1987, after which he joined the RUMC faculty, where he has remained for over 30 years. He became Director of In-Patient Renal Replacement Therapies in 1990, the Fellowship Training Program Director in 2000, and a Full Professor in 2009.

Dr. Rodby's research has focused on lupus nephritis and diabetic nephropathy through his involvement with the Collaborative Study Group but has authored over 100 articles across a wide spectrum of clinical nephrology topics. His more recent passion is internet-based teaching as well as social media's involvement in nephrology education. He is a member of the American Journal of Kidney Diseases Social Media Advisory Group.

He is a Community Leader for the ASN's online "Open Community" and is also quite involved in nephrology education through Twitter (@NephRodby). He is presently involved with colleagues in a 2-year podcast project to discuss each chapter of Burton Rose's "Clinical Physiology of Acid-Base and Electrolyte Disorders" entitled "Channel Your Enthusiasm." In 2020, he opened up the weekly RUMC renal biopsy conferences to everyone through live Zoom conferences, recorded and available on YouTube through their RUMC renal biopsy conference channel. He was appointed to be the Co-Education Director of the ASN's Board Review Course & Update in 2017.