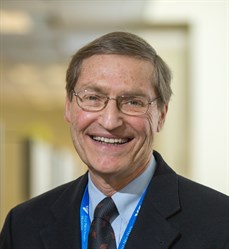 Dr. Kliger is a Clinical Professor of Medicine, Yale University School of Medicine. He served formerly as Senior Vice president of Medical Affairs and Chief Quality Officer, Yale New Haven Health System. Prior to that, he was Chief Medical Officer, Hospital of Saint Raphael, New Haven Connecticut. He is a past president of the Renal Physicians Association, and serves on its Quality, Safety and Accountability Committee. He is a past president of the Forum of ESRD Networks. He was chairman of the steering committee for the NIDDK/NIH Frequent Hemodialysis Study (FHN), and the NIDDK/NIH Hemodialysis Novel Therapies Consortium. He served as chair of ASN's Nephrologists Transforming Dialysis Safety (NTDS) project, and as co-chair of ASN's COVID-19 Response Team, and currently chairs the Advisory Committee of ASN's Excellence in Patient Care. Dr. Kliger received several teaching awards from the Yale house staff, the James Colangelo award of the Connecticut National Kidney Foundation for distinguished service to the renal community and the Maureen Lundin AAKP RENALIFE Award and Jenny Kitsen Patient Safety award from the American Association of Kidney Patients. He also received NKF's J. Michael Lazarus Award. KHI Member support provided by: Renal Physicians Association