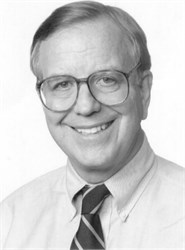 Currently, Dr. Mitch is the Gordon A. Cain Chair in Nephrology and the Director of the Division of Nephrology at Baylor College of Medicine in Houston, TX. He received his undergraduate education at Harvard College and medical school education at Harvard Medical School. Dr. Mitch served as a Medical Intern, Resident and Chief Medical Resident at the Brigham and Women’s Hospital in Boston, interspersed with 2 years as a clinical research fellow at the National Institutes of Health in Bethesda. Sequentially, he joined the Faculties of Johns Hopkins School of Medicine, Harvard Medical School, Emory University School of Medicine, and the University of Texas Medical Branch before joining Baylor in 2005.

Dr. Mitch lives in Houston, TX with his wife, Alexandra F. Mitch. They have a daughter, Eleanor and a son, William A. Mitch. He and his wife are especially interested in promoting interactions with nephrologists and colleagues in Latin America.