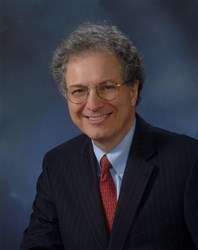 Joseph V. Bonventre, MD, PhD is the Samuel A. Levine Distinguished Professor of Medicine, Constantine L. Hampers Distinguished Chair in Renal Medicine at Harvard Medical School, and Professor of Health Sciences and Technology at MIT. He is Chief of the Division of Renal Medicine of the Brigham and Women's Hospital (BWH) and also founding Chief of the Division of Engineering in Medicine at the BWH. He is former Director of the Harvard-MIT Division of Health Sciences and Technology. His studies kidney injury, adaptive and maladaptive repair and kidney regeneration, and includes inflammation, senescence, biomarkers, stem cells and kidney organoids. Bonventre has authored more than 400 original publications and 160 invited chapters and reviews, has received two MERIT awards from the NIH-NIDDK, and his work has been cited more than 82,000 times with an h-index of 143. He has been elected to the American Society of Clinical Investigation, the Association of American Physicians and the American Institute for Medical and Biological Engineering. He is a Fellow of the American Association for the Advancement of Science. He is the 4th most cited investigator in kidney and hypertension. Dr. Bonventre is Editor of Seminars in Nephrology, Osler Medal Awardee of the Royal Society of Physicians and Bywaters Awardee of the ISN, has a BS with distinction (Engineering Physics) from Cornell, an M.D. and Ph.D. (Biophysics) from Harvard, and Honorary doctorate degrees from Mt. Saint Mary's College and the Norwegian Institute of Science and Technology. He is past ASN Councilor and President and past ISN Councilor.