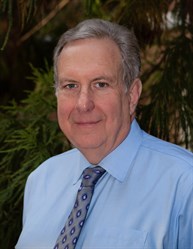 Ronald J. Falk is an internationally recognized physician-scientist whose lifelong career has been the study of autoimmune kidney disease and ANCA vasculitis. For over three decades, his research has led to a deeper understanding of the causes and conditions that may lead to the development of ANCA vasculitis to improve the lives of those patients afflicted with vasculitis and autoimmune kidney diseases. Dr. Falk graduated from Dartmouth College and obtained his MD from the University of North Carolina School of Medicine. He served as Chief of the Division of Nephrology and Hypertension at the University of North Carolina (1993-2015) and is currently the Chair of the Department of Medicine (06/2015- ). In 2005, he became Co-founder and Director of the UNC Kidney Center. He is a Fellow of the American College of Physicians and a Fellow of the American Society of Nephrology (ASN). Dr. Falk has served as Chair or Charter Member of a variety of National Institutes of Health Study Sections and Steering Committees since 1997. He has served in various capacities within the American Society of Nephrology including serving as ASN president from 2011-12. He was the Founder of the Kidney Health Initiative (KHI), a public-private partnership with the ASN and the U.S. Food and Drug Administration. Dr. Falk has received several distinguished professorships at UNC, and was most recently honored with the Nan and Hugh Cullman Eminent Professorship, and he has received numerous honors and awards including recognition as one of the “Best Doctors in America” every year since 1982.