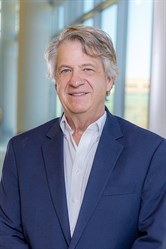 I have performed both basic, translational and clinical research. Major interests have included the pathogenesis of glomerulonephritis and nephrotic syndrome, and the underlying mechanisms driving diabetic and nondiabetic renal disease. I have also been interested in mechanisms underlying acute renal failure. I have also a longstanding interest in the role of subtle renal injury in causing hypertension, and specifically on the role of the microvasculature and inflammatory cells. Most of my current work is focused on the role of fructose and uric acid in the pathogenesis of acute and chronic renal disease, and also in the pathogenesis of metabolic syndrome and diabetes. I also have some research interests in the epidemics of chronic kidney disease occurring in Nicaragua and Sri Lanka, and also in the renal disease that occurs at high altitude.