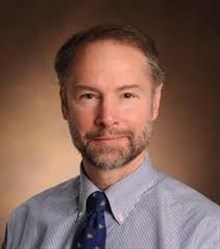 Raymond C. Harris, MD, FASN, is a graduate of Yale College and Emory University Medical School. He undertook his residency training at the University of California, San Francisco and his nephrology fellowship at Brigham and Women's Hospital. He has been a faculty member at Vanderbilt University School of Medicine since 1986 and is currently the Ann and Roscoe R. Robinson Professor of Medicine and Molecular Physiology and Biophysics. He served as Chief of the Division of Nephrology and Hypertension from 2000-2018 and is currently Associate Chief. Dr. Harris is also the Director of the Vanderbilt Center for Kidney Diseases and the Director of the Vanderbilt O’Brien Center. Dr. Harris actively promoted the development of both clinical and pre-clinical research and has fostered the career of numerous physician-scientists, clinician educators and research scientists. He is an active physician-scientist with funding from NIH and VA. He served as a leader in understanding the mechanisms of growth and repair in response to acute and chronic injury. He was elected to both the American Society of Clinical Investigation and the American Association of Physicians. Additionally, Dr. Harris has served on numerous grant review committees, including NIH Pathobiology A, NIH Pathobiology of Kidney Disease (Chair), VA Merit Review Board (Chair) and NKF Basic Science Fellowship Committee (Chair) and is currently serving on the NIDDK Board of Scientific Counselors. Dr. Harris served on the ASN program committee in 2007 and 2008 and chaired the committee in 2009. He served as Associate Editor of JASN from 2004-2007 and Deputy Editor of JASN from 2007-2010. He was elected to the ASN Council in 2010, served as the Chair of the Education Committee from 2010-2014 and as President from 2016-2017.