We surveyed participants enrolled in the Yale Acute Interstitial Nephritis(AIN) study who underwent a clinically-indicated kidney biopsy for AKI evaluation between 1/2015-10/2016, asked open-ended questions, and classified their answers into pre-defined categories

Out of the 177 participants alive at contact, 117(66%) agreed to participate in the survey. Our survey included 59(50%) female, 34(29%) African-American, and 14(12%) Hispanic participants. 85(73%) reported that, if they hypothetically needed another clinically-indicated kidney biopsy, they would allow additional needle passes to donate kidney tissue for research. The major reasons described by participants for their choice are shown in Figure. Older [64(51-72) vs. 54(43-65) years, P=0.02] and African-American [16(50%) vs. 18(21%), P=0.002] participants were less likely to allow an extra pass with kidney biopsy; however, participants did not differ on self-reported biopsy complications such as pain, anxiety, and hematuria. 23(20%) participants agreed to participate in a study that obtained kidney tissue for research purposes even if another clinically-indicated biopsy was not needed

Among patients who had experienced a kidney biopsy, a majority were amenable to additional needle passes to donate kidney tissue for research at the time of a hypothetical, future, clinically-indicated biopsy 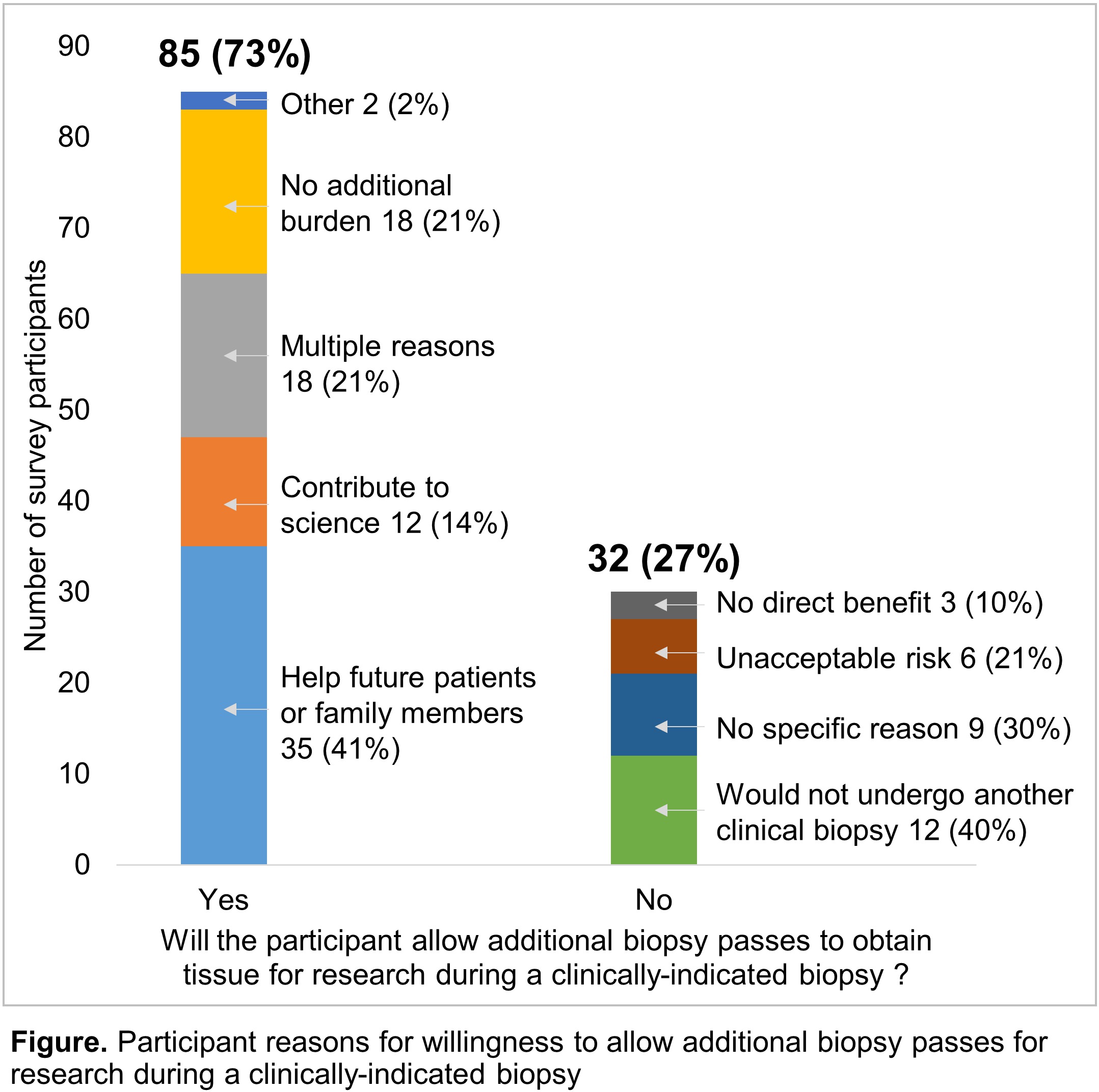