We conducted a retrospective population-based cohort study of 694, 956 patients in Ontario, Canada between 2002 and 2012. We included patients with a measurement of albuminuria (albumin-to-creatinine ratio, ACR) and serum creatinine (for estimated glomerular filtration rate, eGFR). The primary outcome was the time to a first VTE event examined across differing levels of albuminuria and kidney function using adjusted Cox proportional hazard models and accounting for the competing risk of death. 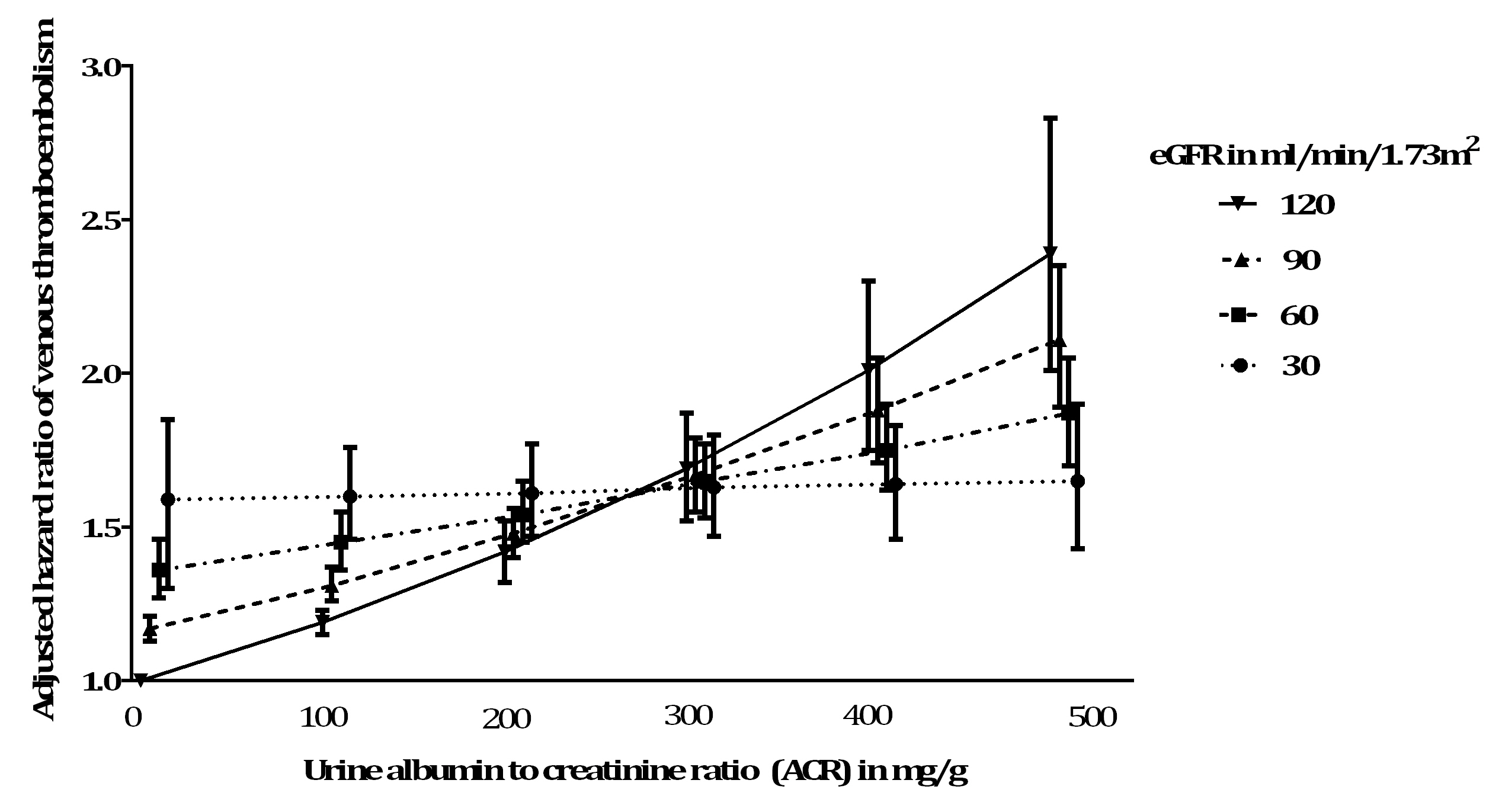