Inflammatory pathways are activated in ischemia reperfusion injury (IRI) and their decreases IRI-related acute kidney injury (AKI) and improves survival in animal models. However, the significance of these pathways in humans is unknown

AKI occurred in 492 and 1-year mortality in 81 participants. Higher cytokine levels were independently associated with increased odds of AKI and 1-year mortality for 10 cytokines in the model adjusted for 14 key variables (Figure). After further adjustment for IL-6, only IL-2, IL-8 and IL-10 remained significantly associated with 1-year mortality, and IL-10 with AKI. Given that cytokines in the multiplex were highly collinear, we performed principal component analysis to combine these cytokines. Adding the principal components to the clinical model consisting of the above 14 variables improved the AUC by 0.01 (P<0.001) for AKI and 0.04 (P<0.001) for 1-year mortality resulting in final AUCs of 0.77 (0.75, 0.80) and 0.76 (0.70, 0.82), respectively 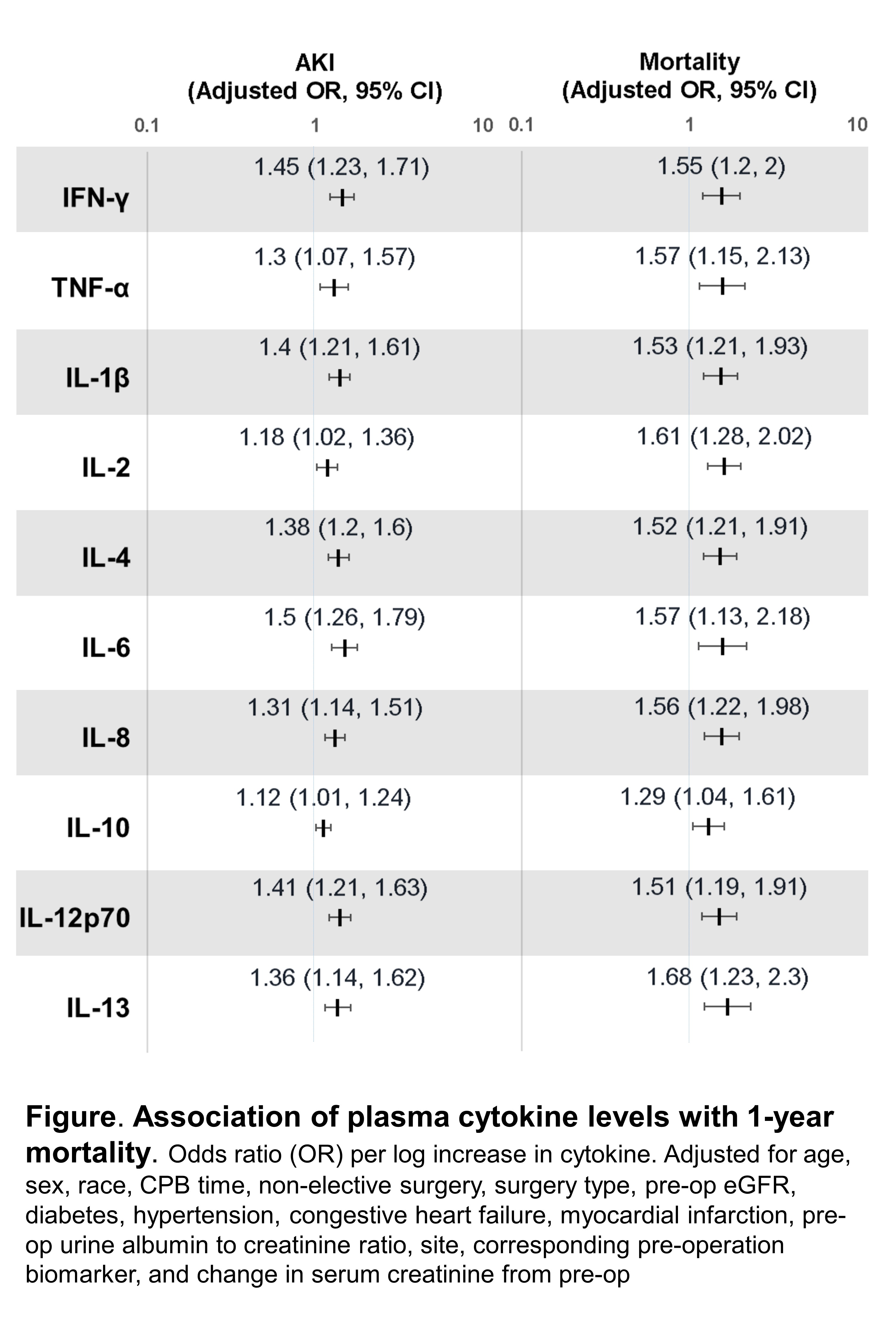