New-onset crescentic Glomerulonephritis (GN) in the postpartum period following preeclampsia with normal GFR after delivery has not been reported. AKI 2 days post CT with contrast complicates making this diagnosis.

The patient did not require dialysis and renal functions responded favourably to plasma exchange, steroids and cyclophosphamide. Three months later Cr was 2 mg/dl and urine protein 4 gm/24 hr. At this time, further therapy options are being discussed. Educational objectives include; always confirm the clinical suspicion of glomerular disease with biopsy whenever possible. Hidden triggering elements for crescentic GN merit consideration. 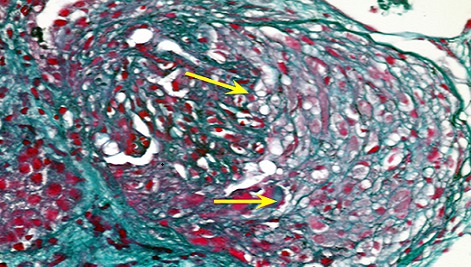