The Table summarizes baseline characteristics and prevalence of CVD risk factors overall and by primary glomerular disease.
Prevalent cardiac disease was rarely reported. Overall, 20% had a history of hypertension. Enrollment BPs were hypertensive in 21% and pre-hypertensive in 14% of patients compared to 1.6% and 9.6% of general pediatric population. Among those with hypertensive readings, and those with UPCR>3.5, less than a third received RAAS blockers overall.
Obesity was present in 31% and elevated total cholesterol (TC > 200 mg/dL) was present in 30% compared to 17% and 7.4% of general pediatric population. Use of lipid lowering medications in children with TC > 200 was infrequent (7%). Prematurity and second hand smoke exposure were similar to general population.

In this pediatric glomerular disease cohort, prevalence of traditional CVD risk factors is high, particularly hypertension and dyslipidemia. Further study is needed to optimize screening and management of CVD risk factors in this population. 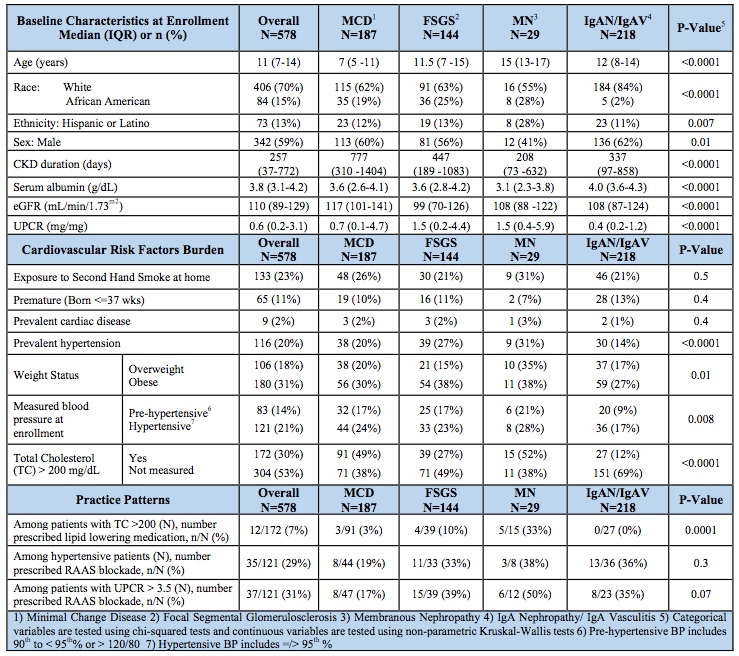