Hypothalamic paraventricular nucleus (PVN) is a cardiovascular regulating center within the brain，which plays a critical role in high salt-induced progression of chronic renal failure (CRF). However, the phosphoproteomic changes in the PVN caused by CRF remain unclear. This study aimed to perform large-scale phosphoproteomic analysis of PVN induced by CRF and high salt intake.

A total of 3723 unique phosphopeptides corresponding to 1530 phosphoproteins were identified. Compared with sham group, 133 upregulated and 141 downregulated phosphopeptides were identified in CRF group during normal-salt feeding. However, with a high-salt diet, 160 phosphopeptides were upregulated and 142 downregulated in the CRF group. Gene Ontology analysis revealed that these phosphoproteins were involved in binding, catalytic, transporter, and other molecular functions. Search Tool for the Retrieval of Interacting Genes protein–protein analysis showed direct or indirect functional links among 25 differentially expressed phosphoproteins in CRF rats compared with sham group. However, 24 differentially phosphorylated proteins induced by high salt intake were functionally linked in CRF animals.The altered phosphorylation levels of dynamin 1 and TPPP were validated.

Phosphoproteomic changes of PVN triggered by CRF and high salt-load have been investigated. It will provide new insight into pathogenetic mechanisms of development of chronic kidney disease and salt sensitivity. 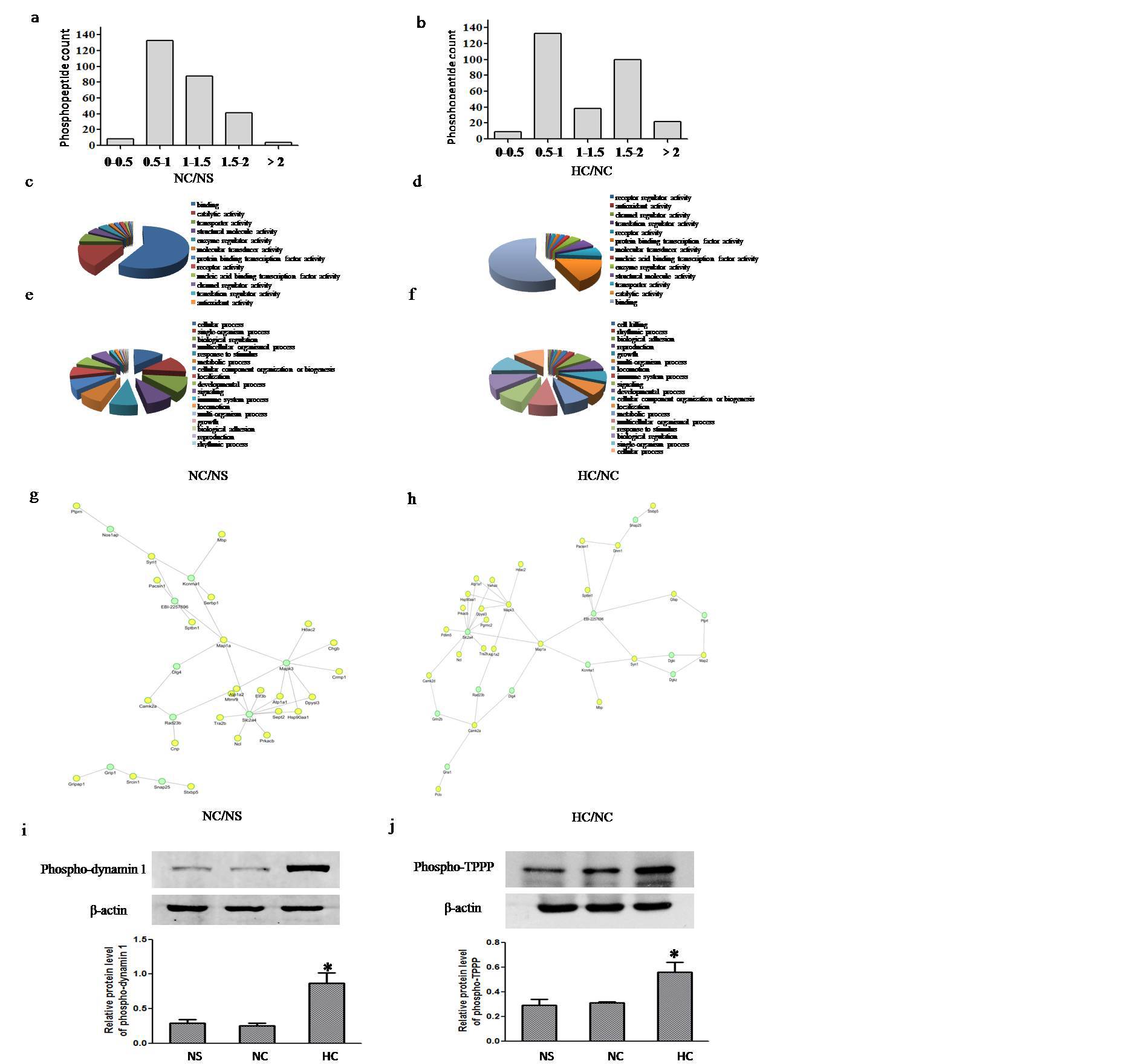