In a subset of SPRINT with CKD (eGFR<60 ml/min/1.73m2), we compared changes in kidney tubule biomarkers over 4 years between the intensive and standard arms. Among these 978 participants (519 in intensive and 459 in the standard arm), we measured urine biomarkers of tubule cell injury (KIM-1, IL-18), repair (YKL-40) and inflammation (MCP-1) at baseline, year 1 and year 4. Biomarkers were assayed en bloc in multiplex panels. Biomarker changes were evaluated using linear mixed-effects models in an intention-to-treat design.

Among CKD participants in SPRINT, intensive BP control reduced eGFR but did not increase urine markers of tubule cell injury. These findings may support the hypothesis that eGFR decline in the intensive arm of SPRINT reflects hemodynamic changes. 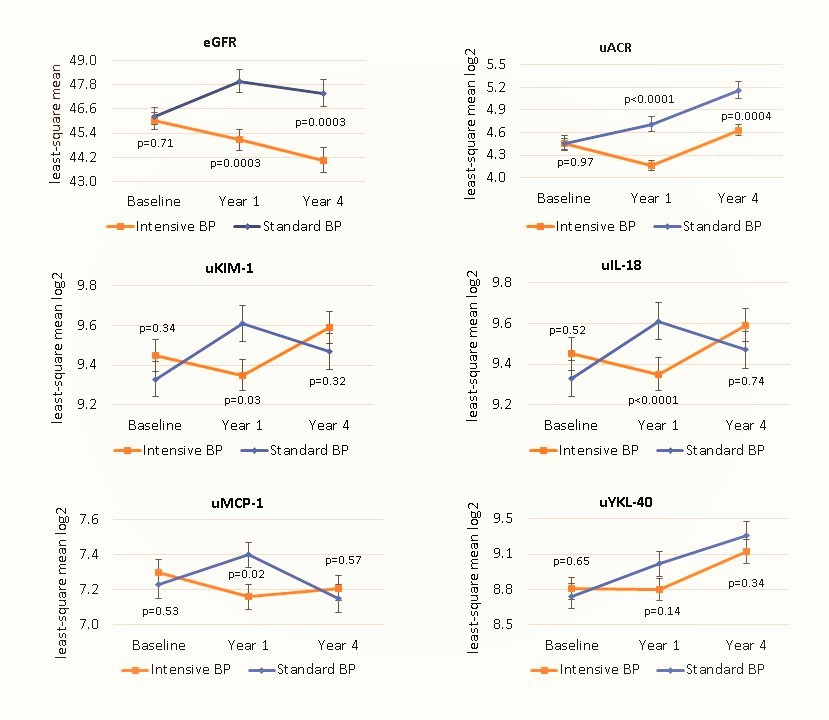 Figure 1. Unadjusted least-square means and standard error of eGFR, urinary ACR and urinary biomarkers at baseline and the 4-year follow-up