Calcific uremic arteriolopathy (CUA) is an arteriolar calcification disorder with no effective treatment. Investigation of links between bone and vascular health in ESRD has largely focused on arterial calcifications; however the relationship between bone turnover and CUA is not well studied.

We analyzed data from 1,030 CUA cases and 2,060 controls. High bone turnover at HD initiation was present in 8% of patients and low turnover in 9% of patients who subsequently developed CUA. Among controls, the prevalence of high bone turnover was 3% and of low turnover was 4%, both lower than in CUA patients (p<0.001). Both high and low bone turnover at HD initiation were associated with increased odds of subsequent CUA development in univariate and multivariable analyses adjusted for diabetes mellitus, obesity, and warfarin [figure].

The association between bone turnover at HD initiation and subsequent CUA development is U-shaped. Confirmation in future studies that apply bone biopsies will pave the way for targeted therapeutics to prevent/treat CUA (e.g. bisphosphonates, RANKL inhibitors for high turnover and teriparatide for low turnover). 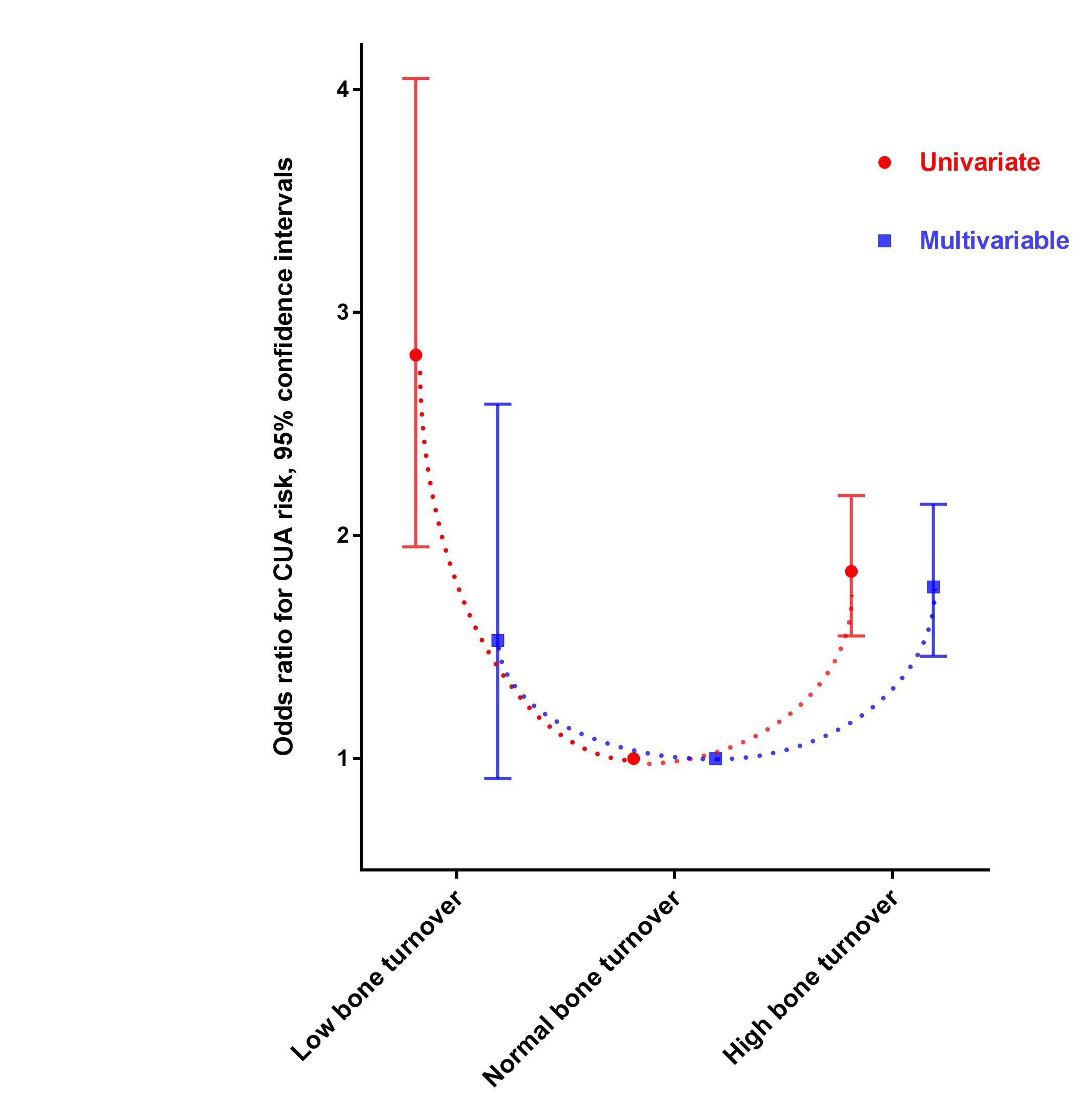