Survival and Morbidity of Children with Posterior Ureteral Valves

Survival and Morbidity of Children with Posterior Ureteral Valves 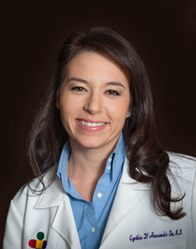 The Pediatric Health Information System (PHIS) database was searched for children diagnosed with PUV (ICD-9 code 753.6; congenital urethral stenosis) with initial hospitalization between 1992 and 2006 in their first year of life. Valve ablation or mortality following urinary drain placement was used to confirm diagnosis of PUV. Primary outcomes of dialysis catheter placement, renal transplant and mortality were determined by disposition and ICD-9/ICD-10 codes found in subsequent hospitalizations through 12/31/2016. Dialysis catheter insertion was used as a proxy for dialysis treatments, as these are not generally captured in the PHIS dataset. Subjects from hospitals without a transplant program were excluded from transplant analysis.

Relatively small but significant proportions of children with PUV at PHIS hospitals undergo dialysis, renal transplantation and/or premature death. Most outcomes occur at <5 years of age, as expected in those born with severe nephropathy. As risk factors for renal deterioration are studied, these statistics from a large cohort can help to counsel parents and guide physician management.