We isolated neutrophils, CD14+ monocytes and CD4-enriched cells, from 30 healthy controls and 75 patients during active disease or remission, including 25 longitudinal patient pairs. Expression of MPO and PRTN3 in these purified cell populations was determined by quantitative real-time PCR. RNA-seq was performed on the CD4-enriched cell population from 12 active-remission pairs, 7 MPO-ANCA and 5 PR3-ANCA, to identify differentially expressed genes (DEGs) between active disease and remission. 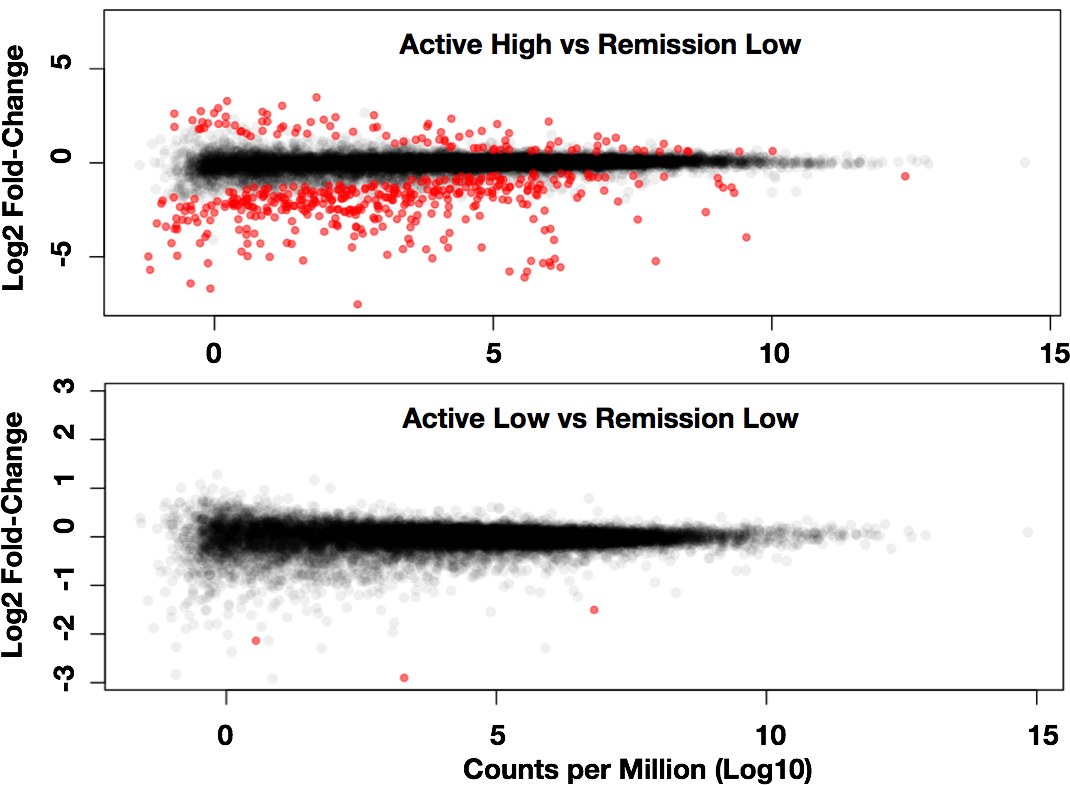