High sodium concentrations promote T cell IL-17 production and injury by increasing intracellular pSGK1. We tested whether EPO, which we previously showed has immune-modulating effects, can counteract sodium-induced human Th17 production in vitro, and in a murine kidney disease model, in which sodium and EPO concentrations are elevated.

EPO inhibits NaCl-induced proinflammatory T cell immunity in vitro and in vivo, in humans and mice. Our data support the concept of EPO is an immune-modulatory hormone that could physiologically counteract the proinflammatory effects of high intrarenal [NaCl]. 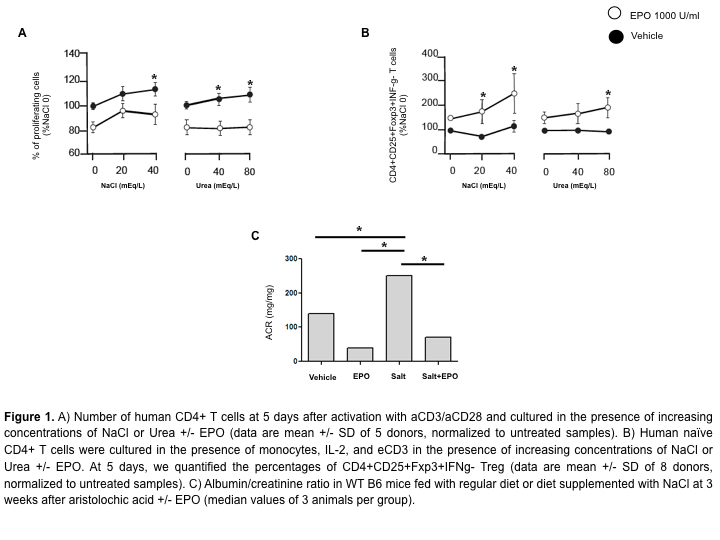