Real-time point-of-care measure of glomerular filtration rate (mGFR) would permit rapid diagnosis of acute kidney injury and precise determination of CKD. Clearance pharmacokinetics of the fluorescent agent MB-102 was measured in the plasma and correlated with noninvasively measured transdermal fluorescence for subjects with normal kidney function to Stage 4 CKD.

Blood samples were taken in 60 subjects with eGFR from normal to 19 mL/min/1.73m2 over a period of 12hr post simultaneous administration of MB-102 and iohexol, and urine collected to assess percent excretion. A noninvasive detection device simultaneously measured the transdermal fluorescence from MB-102.

Plasma pharmacokinetics displayed the expected 2 compartment model of a vascular-tissue equilibrium phase followed by renal excretion only. The GFR measured from the MB-102 plasma pharmacokinetics was highly correlated with the GFR measured from iohexol over the entire measured range of GFR values (r2=0.98). The time-dependence of the transdermal fluorescence from MB-102 monitored by our fluorescence detection device was highly correlated with that of the plasma (see figure from subject with normal mGFR). MB-102 was completely cleared by 12hr when mGFR was >60 mL/min/1.73m2. No serious nor significant adverse events were reported. 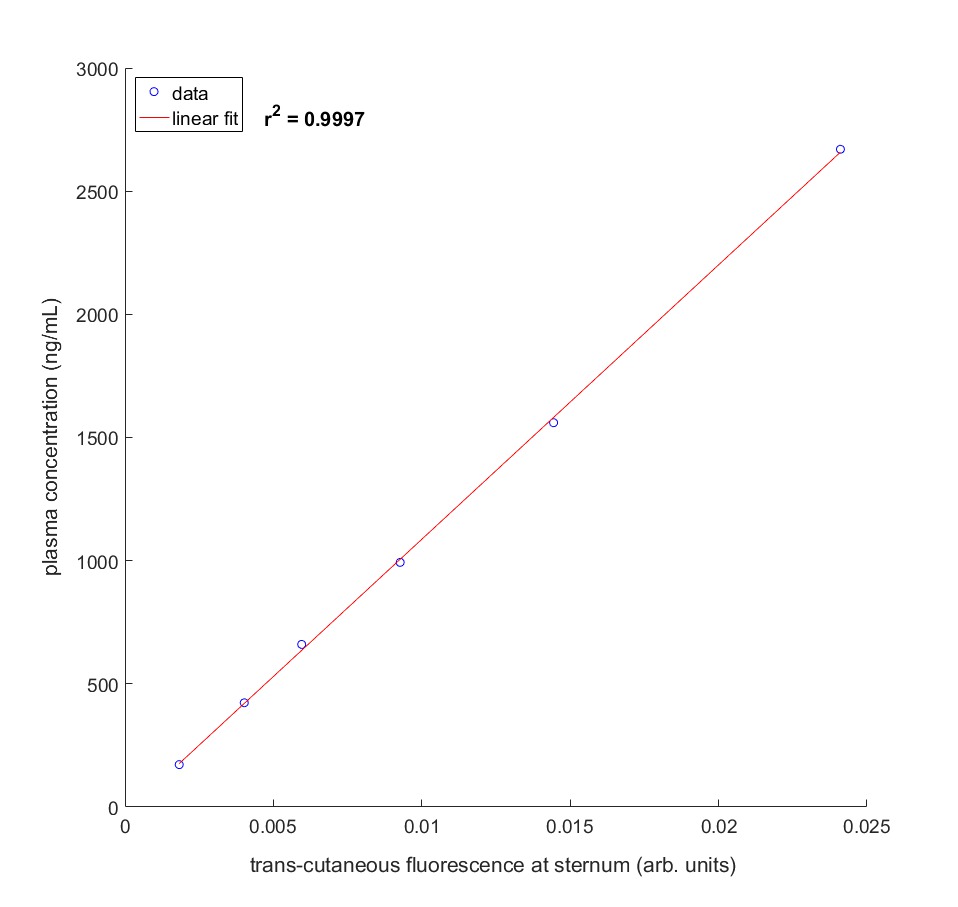