High-density lipoprotein cholesterol (HDL-C) is composed of lipids and proteins that play important roles in cardiovascular disease development. The protein composition of HDL-C is altered in chronic dialysis patients compared to healthy controls. However, such differences conflate potential effects of kidney disease with those of dialysis procedures. We compared HDL-C associated proteins in patients recently initiating hemodialysis to those of patients with advanced chronic kidney disease (CKD).

HDL-C associated proteins in pathways of inflammation and thrombosis are higher among recently initiated hemodialysis patients compared to those with late stage CKD. These findings suggest that the hemodialysis procedure itself may provoke adverse metabolic changes. 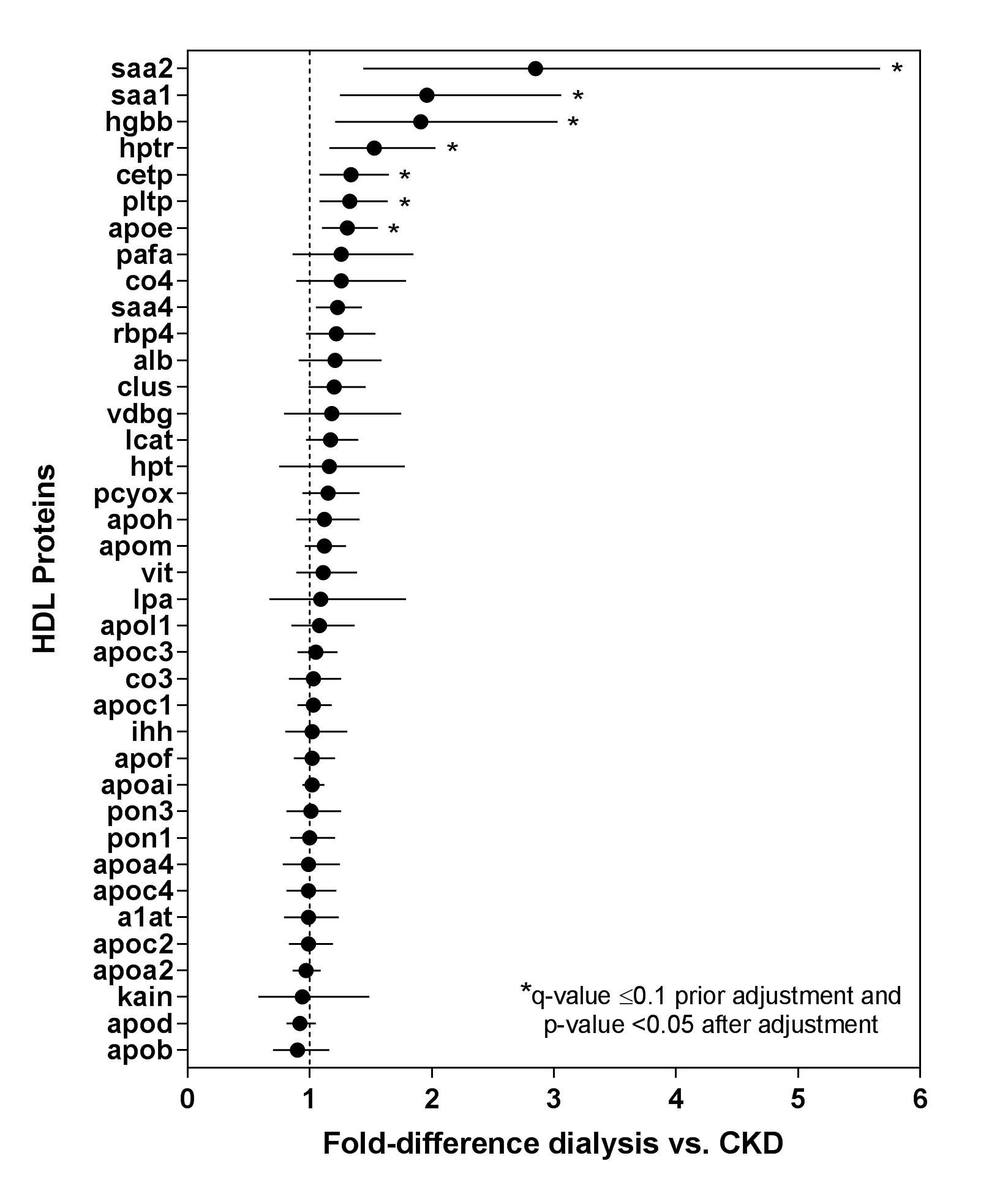