Little is known about the variability in rates of CKD progression and death among CKD populations across the globe. The aim of this study was to assess this variability among cohorts that are members of iNET-CKD. 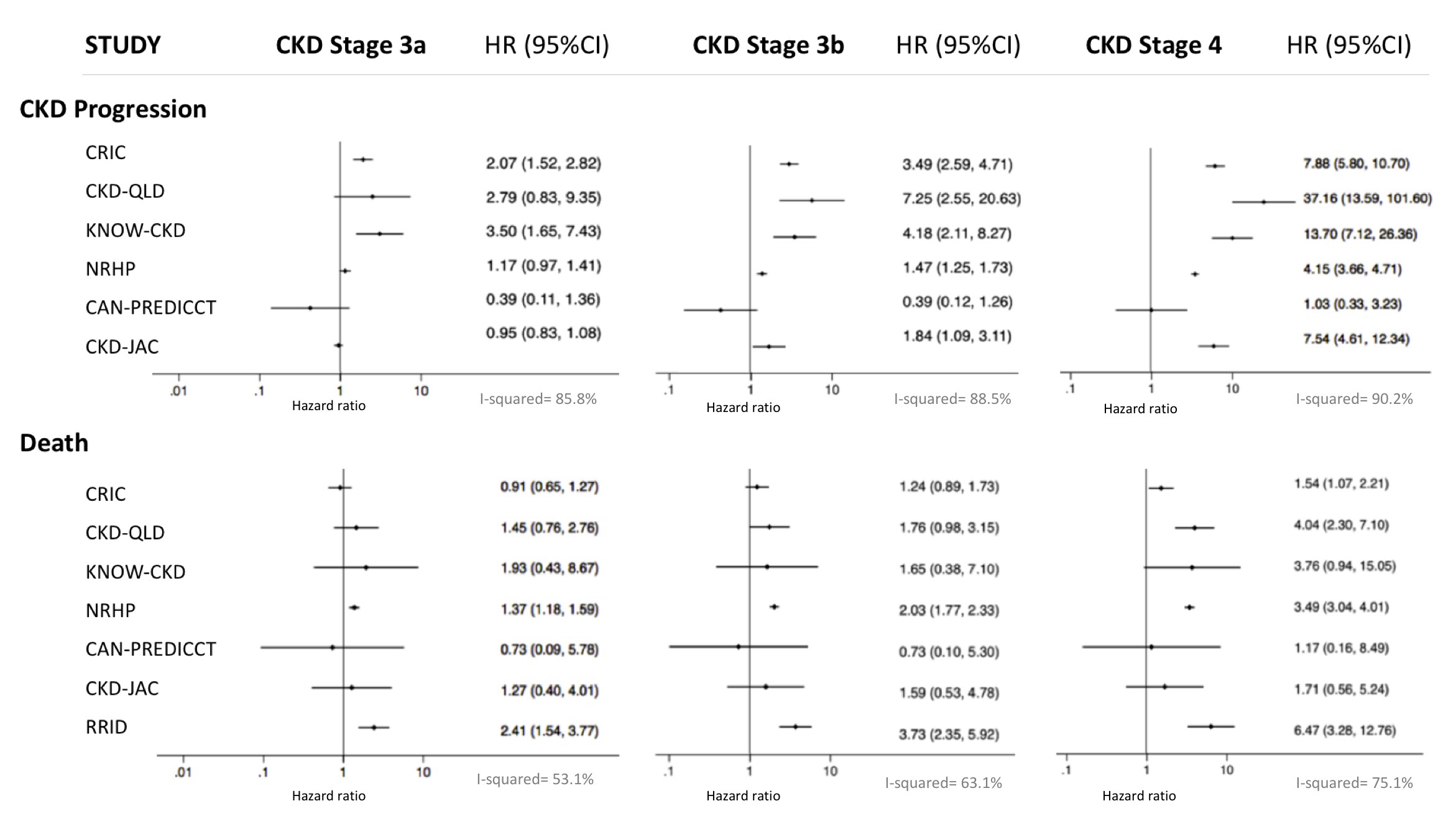