The 2012 KDIGO guideline for the management of CKD recommends several measures for preventing CKD progression, including blood pressure (BP) control, use of renin-angiotensin system inhibitors (RASi), and dietary advice. Whether these recommendations are followed in current nephrology practice is unknown.

We used baseline data from CKDopps (2013-17), a prospective cohort study of adult patients (pts) with eGFR < 60 ml/min/1.73m2 from national samples of nephrology clinics in Brazil (BR), France (FR), Germany (GER), and the United States (US) to describe success rates in achieving recommended measures by albuminuria category (using either spot or 24-hour urinary albumin or protein equivalent) or eGFR, and by country

Median age ranged from 67 yrs in BR to 77 yrs in GE. Albuminuria or proteinuria was routinely measured in 42%, 44%, 43% of pts in BR, GER, and the US, respectively, and 89% in FR (where this was requested per study protocol). Proteinuria was more commonly measured than albuminuria in all countries. Percentages of pts with BP <140/90 were lower at higher UAP, and higher in the US and GER than in BR and FR. RASi use did not vary by albuminuria level, but was lower at lower eGFR in BR, GER, and the US. Receiving dietary advices was slightly more common in pts with low eGFR, and better for salt than protein intake, but dietician visit was not common practice.

Monitoring albuminuria as recommended is not a standard practice in nephrology. BP control and RASi use vary substantially by country, and expert dietary advice remains poor across participating countries. The effects on clinical outcomes, and reported variation in incidence of kidney failure by country, will be evaluated during follow-up. 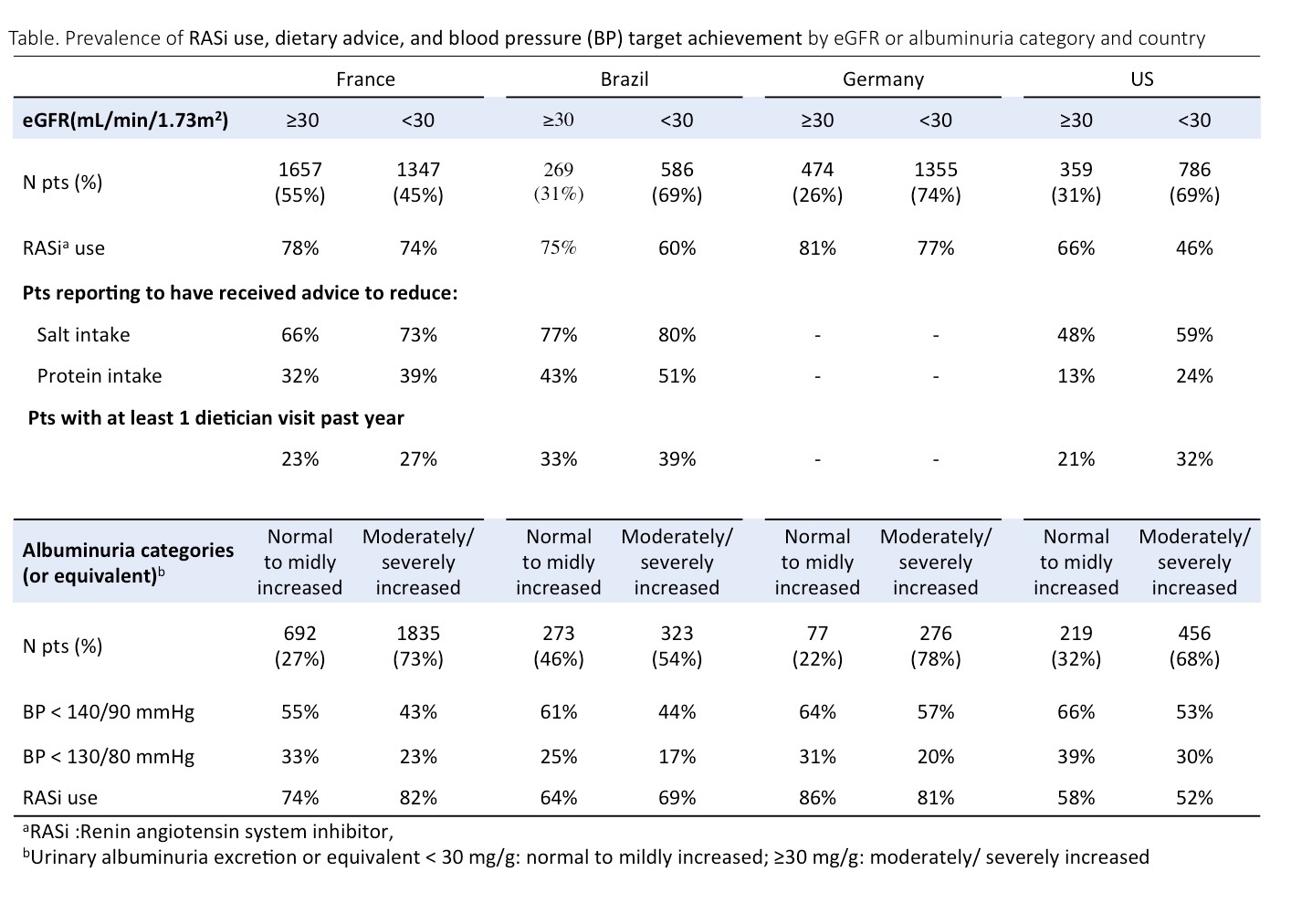