10 CIC-dependent children were included (UTI=5, UTC=5). UTI was defined as: 1) > 50,000 cfu/ mL of a uropathogen, 2) > 10 urinary white blood cells, and 3) >2 of the following: fever, abdominal or back pain, worsened incontinence, pain with CIC, or cloudy or malodorous urine. UTC was defined as a bacteriuria in an asymptomatic patient. Medical records of patients who met UTI criteria were reviewed to select those with clear UTI symptomatology. 5 UTC patients were matched on age and uropathogen. Quantitative profiling of urine proteins with isobaric protein labeling was performed using tandem mass spectrometry. Candidate markers were normalized using a collective mixture of proteins from all samples. Relative quantitative abundance of proteins across all samples were compared. Proteins with a significant fold-change across either UTI or UTC, with >50% change in the average abundance across groups were identified as proteins of interest.

These urinary proteins have potential to distinguish UTI from UTC in CIC-dependent children. 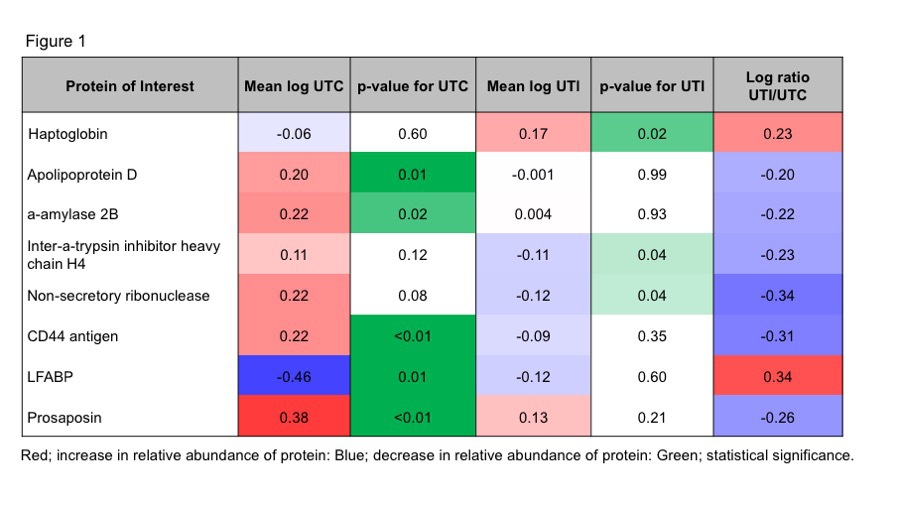