Previous conversion experiences from thrice weekly epoetin to once weekly darbepoetin resulted in inconsistent outcomes when using the conversion table in the prescribing information (PI). This study tested an improved conversion algorithm and assessed the accuracy through achieved target hemoglobin (Hb), Hb stability and speed to reach Hb stability.

This is a prospective, controlled, open-label, multi-center interventional trial. Data from 5643 in-center HD patients from 54 dialysis centers from January 2016 to May 2017 are presented. Conversion occurred from June 2016 to February 2017. Doses were adjusted monthly to achieve a target Hb of 10 to 11.4 g/dL. Hb values were measured monthly for the 4 months before conversion, 1 month during the conversion, and up to 4 months after conversion. Hb consistency was defined as an increase or decrease of ≤ 3% in the percentage of patients in each Hb category.

The improved conversion table increases the number of dose categories, resulting in doses that overall are 8.8 times more closely aligned with the optimal dosing curve than the current PI. The distribution of patients (n=4634) treated with darbepoetin for 4 months reaching the target Hb 10.0-11.4 g/dL is clinically and statistically similar to pre-conversion. Within 2 months of conversion 54% of patients reached target Hb, similar to the month prior to conversion. 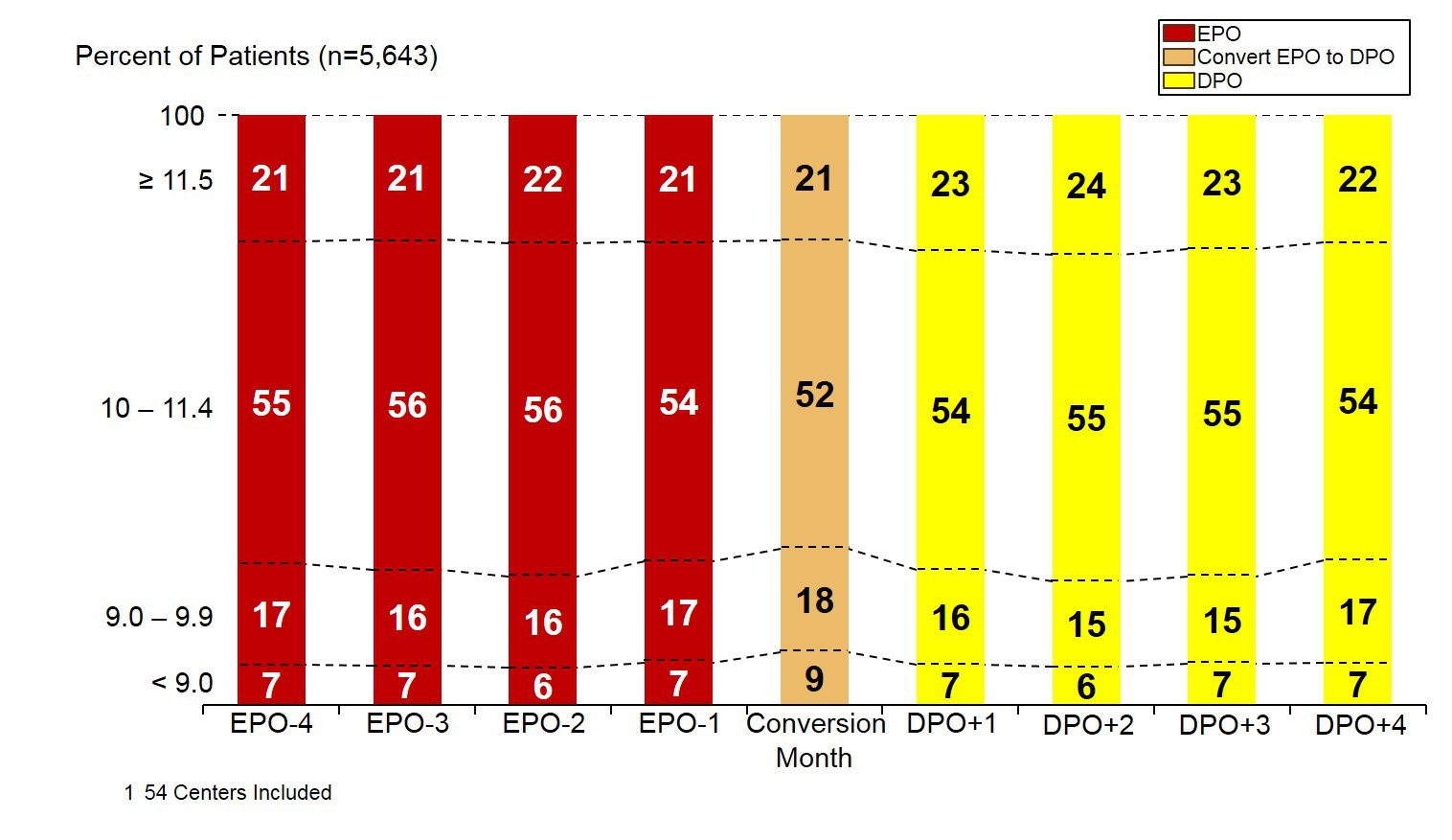 Figure: Hb Stability During Darbepotin Conversion1 – Proportion of Converted Patients by Hb Ranges from January 2016 to May 2017