PDOPPS is an international prospective cohort study based on randomly selected national samples of PD patients. Hemoglobin (Hgb), TSAT, and ferritin levels, as well as erythropoiesis stimulating agent (ESA) and iron use collected between 2014-16 were compared in cross-sections of PD patients at study enrolment. Results were analysed by country: Australia and New Zealand (A/NZ), Canada, Japan, United Kingdom (UK), and United States (US).

In the largest international study to date of anemia and iron management in PD patients, we have demonstrated comparable Hgb levels across countries but significant variations in markers of iron adequacy and ESA and iron use. Notably, US PD patients have higher ferritin levels, iron saturation and IV iron use than other countries. Future analyses will investigate whether these differences persist after patient- and facility-level adjustments, and will evaluate associations between anemia management practices and clinical and patient-reported outcomes. 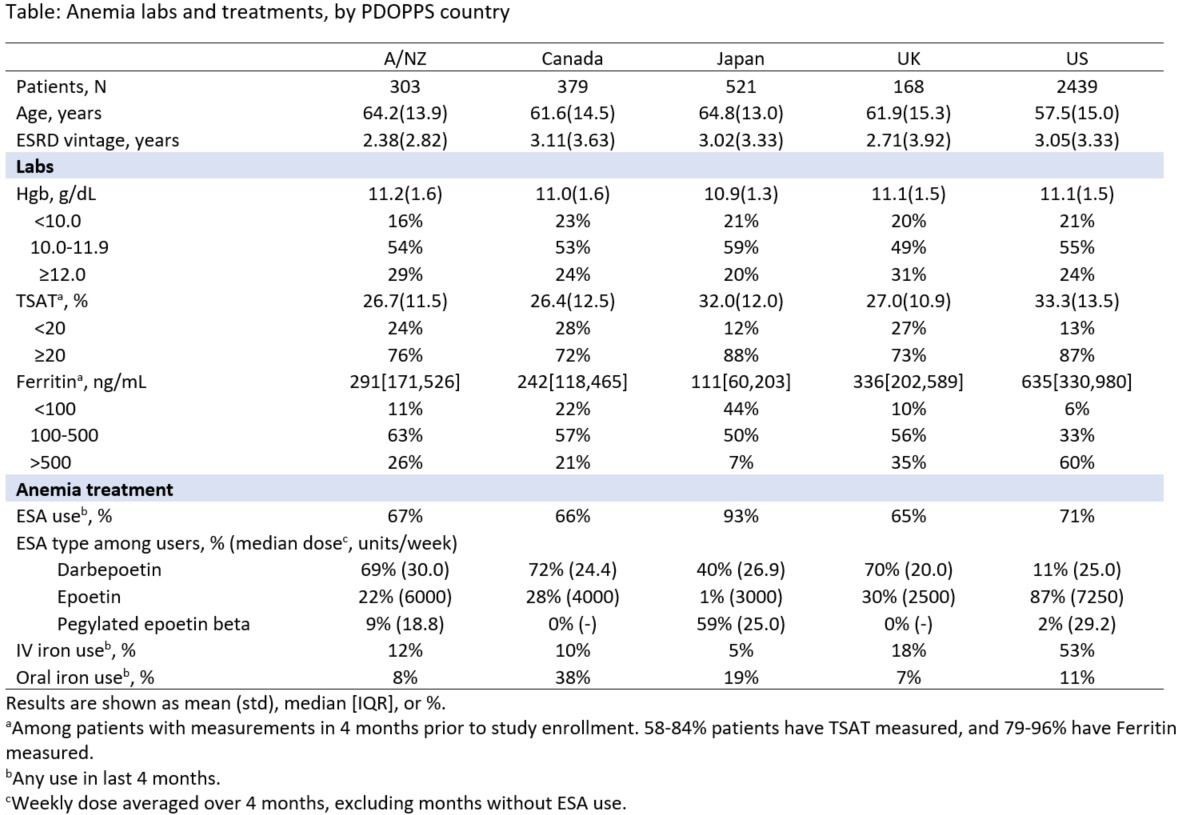