High CNI IPV has been associated with poor kidney allograft outcomes, albeit in small limited studies.

We evaluated effect of CNI IPV (the degree of fluctuation of CNI levels in all patients over 2-12M post-transplant) on early allograft inflammation, subsequent chronicity, graft loss (GL) and a composite end-point (CEP) of GL and impending GL (GLi defined as eGFR<30ml/min & 30% decline). 286 patients transplanted between 01/13-11/14 were enrolled with 2 Protocol Bx and any For-Cause Bx. The mean CNI values tested per patient was 37±15. The trough level < 6 ng/ml was considered as sub-therapeutic. 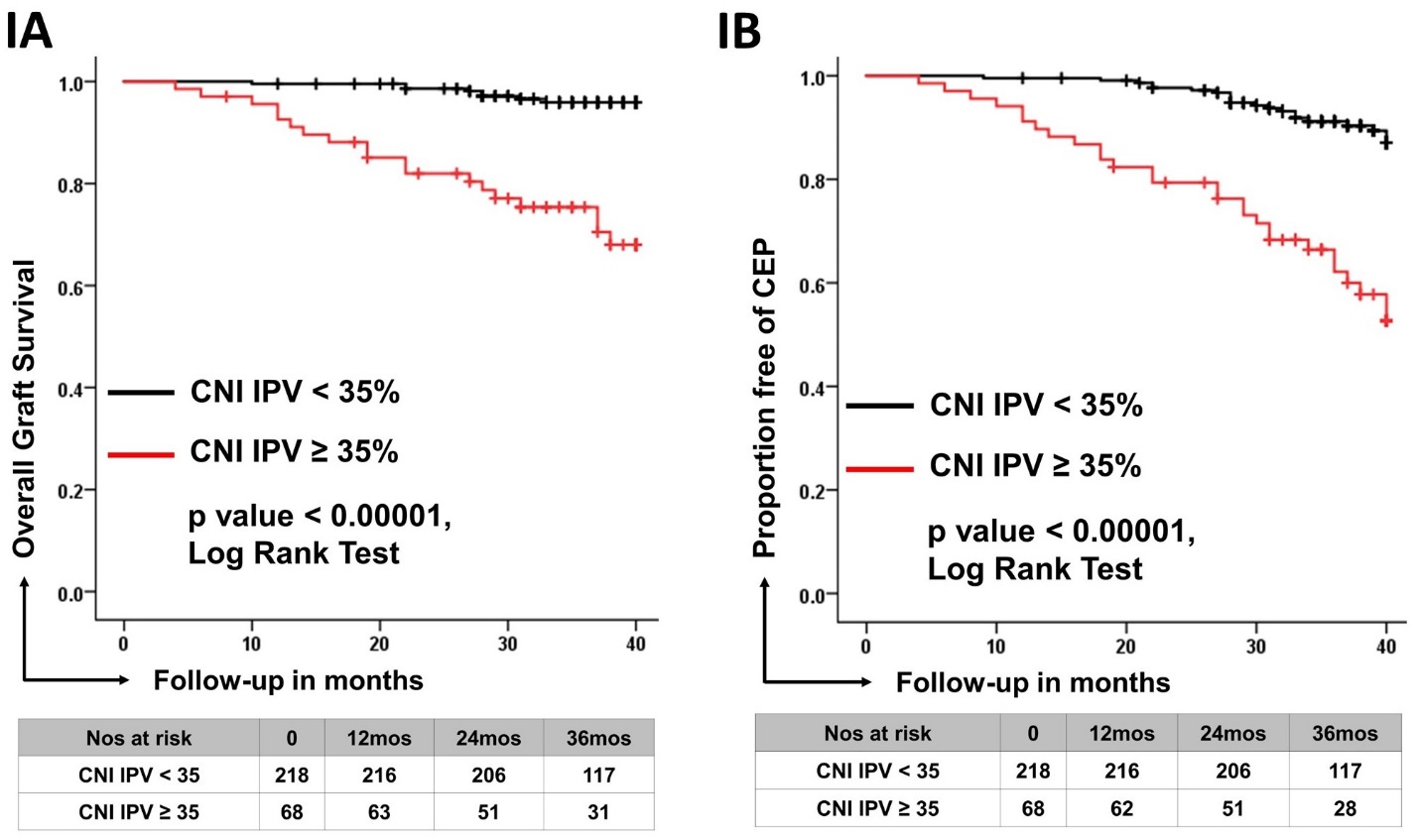