APRT deficiency is a rare autosomal recessive inherited disorder of purine metabolism.In the absence of APRT,adenine is oxidized to 2,8 DHA and forms crystals resulting in nephrolithiasis and progressing to ESRD.This disease can cause recurrent renal allograft failure in post transplant patients.DHA stones are radiolucent and misdiagnosed as uric acid stones.

A 44 year old male was suffering from end stage kidney failure without any calculi.There was no family history of renal calculus disease. He underwent dialysis for 3 months and received kidney from his mother.He received triple immunosuppression. He had non-oliguric AKI post operatively and then renal function started worsening 4 weeks later A renal biopsy was done and it showed brown crystals favoring 2,8 DHA crystals. He was started on haemodialysis.Primary hyperoxaluria work up was negative. He was started on tab.Febuxostat 80mg a day due to suspicion of recurrent DHA nephropathy.A blood spot test showed very low level of APRT (courtesy Dr.Dawn Milliner, mayo Clinic) and a DNA analysis showed mutation of APRT gene . Patient gradually became better and creatinine came down from 7.8mg% to 2.7mg% in 4 months and is stable two-and-half years later.

This patient illustrates the importance of recurrent crystalline nephropathy in a post transplant patient. 2,8 DHA is an under-recognized cause of ESRD and can be prevented by correct diagnosis.This patient's diagnosis was not recognized pre-operatively. A repeat renal biopsy gave the first clue for the diagnosis.The diagnosis was confirmed by measurment of APRT activity in red blood cells and DNA analysis showed mutation consistent with APRT deficiency.This patient responded well perhaps due to early start of therapy with Febuxostat even before confirming the diagnosis.The disease must be considered in the differential diagnosis of crystalline nephropathy even in the absence of history of nephrolithiasis(Nasr et al NDT 2010). 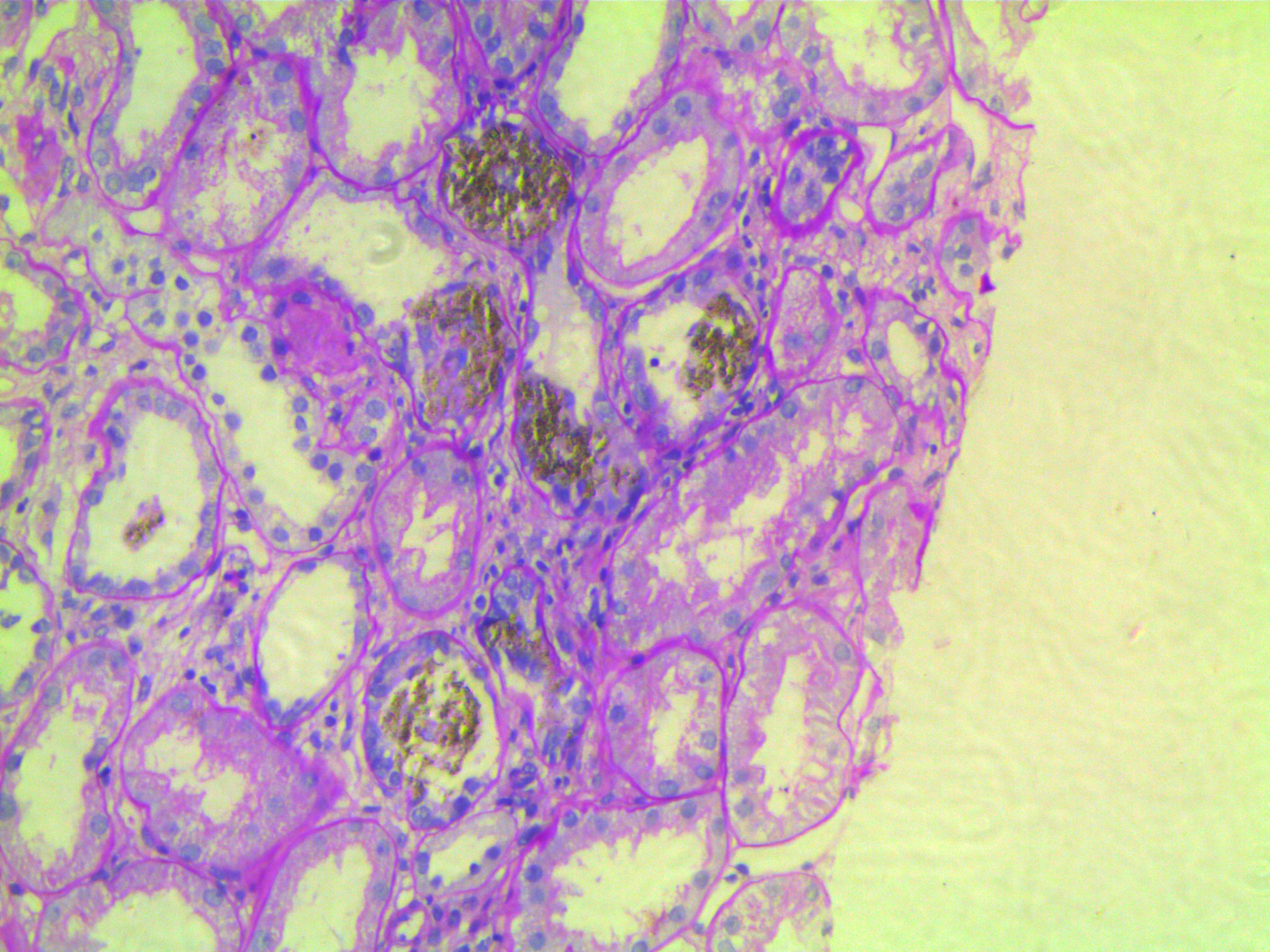