Waist-to-hip ratio (WHR) is a predictor of cardiovascular disease (CVD) and mortality in the general population. Few studies, however, have examined the association of WHR and risk of CVD mortality, particularly sudden cardiac death (SCD), among end-stage renal disease (ESRD) patients undergoing hemodialysis.

This study included 379 incident hemodialysis patients enrolled in the Predictors of Arrhythmic and Cardiovascular Risk in ESRD (PACE) Study. WHR was calculated as the ratio of waist-to-hip circumference. CV death was defined as deaths arising from arrhythmias, ischemic CVD, and ischemic cerebrovascular disease, as well as SCD. Cox proportional hazards regression was used to estimate the association of baseline WHR with risk of CVD death, SCD, and non-CVD death.

At baseline, the mean age was 54.9 years, 41% were female, 73% were African American, 57% had diabetes, the mean comorbidity index was 5.2, the mean body mass index (BMI) was 29.3 kg/m2, the mean WHR was 0.95, and 85% were above the World Health Organization WHR threshold for metabolic complications. WHR and BMI were weakly correlated (r=0.21). During a median follow-up time of 2.5 years, there were 35 CVD deaths, 15 SCD, and 48 deaths from non-CVD causes. An increase in WHR was associated with higher hazard of CVD mortality and SCD, but not non-CVD mortality. In adjusted models, WHR was strongly associated with SCD. There was no evidence of interaction between WHR and race or BMI in any of the models.[Table]

WHR is associated with SCD and CVD death in incident hemodialysis patients. The easily measured WHR may be a useful metric to risk stratify ESRD patients for CVD mortality. 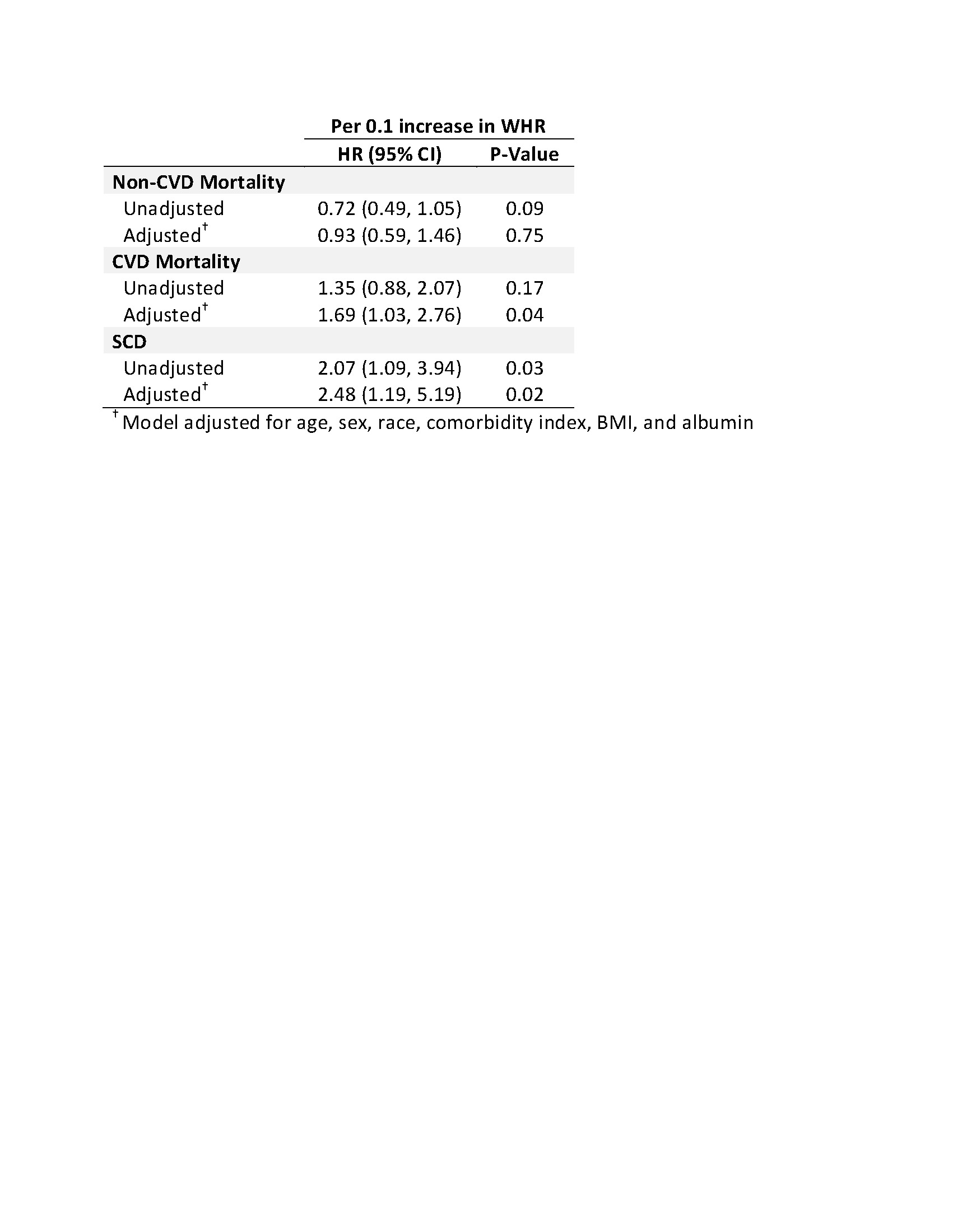