A 42 yo man presented with 2 weeks of weight gain and dyspnea. His symptoms were preceded by arthralgias for which he was taking regular ibuprofen. Exam demonstrated anasarca. Labs showed a rising serum creatinine from 0.9 to 6.4mg/dl. Serum albumin was 1.9g/dl, urinalysis with blood and protein, and 24 hour urine protein collection was 8.4g. Serologies revealed a low C3 / C4 and positive ANA. A renal biopsy showed minimal mesangial proliferation, marked dilation of the intra-glomerular portion of the feeding arterioles with significant congestion in a majority of the glomeruli by light microscopy. No other vascular pathology or micro-thombi seen. Final pathology was consistent with class V lupus nephritis. Renal artery duplex did not show renal vein thrombosis. Patient developed an acute deep vein thrombosis of the right brachial vein; hypercoagulable studies were unremarkable. Initiated on steroids and mycophenolate mofetil. One month after presentation, serum creatinine returned to baseline with <1g proteinuria.

Marked intra-glomerular congestion is an atypical pathologic finding whose mechanism and significance is not yet known. It has been reported concurrently with visible micro-occlusions, as in the setting of thrombotic microangiopathy or sickle cell crisis. It rarely has been reported with renal vascular flow limitations, such as states of shock and renal vein thrombosis. In the setting of nephrotic syndrome one may postulate smaller venous thrombembolisms may have been present. While not previously reported, we surmise the possibility that the use of NSAIDs may have contributed to these findings. 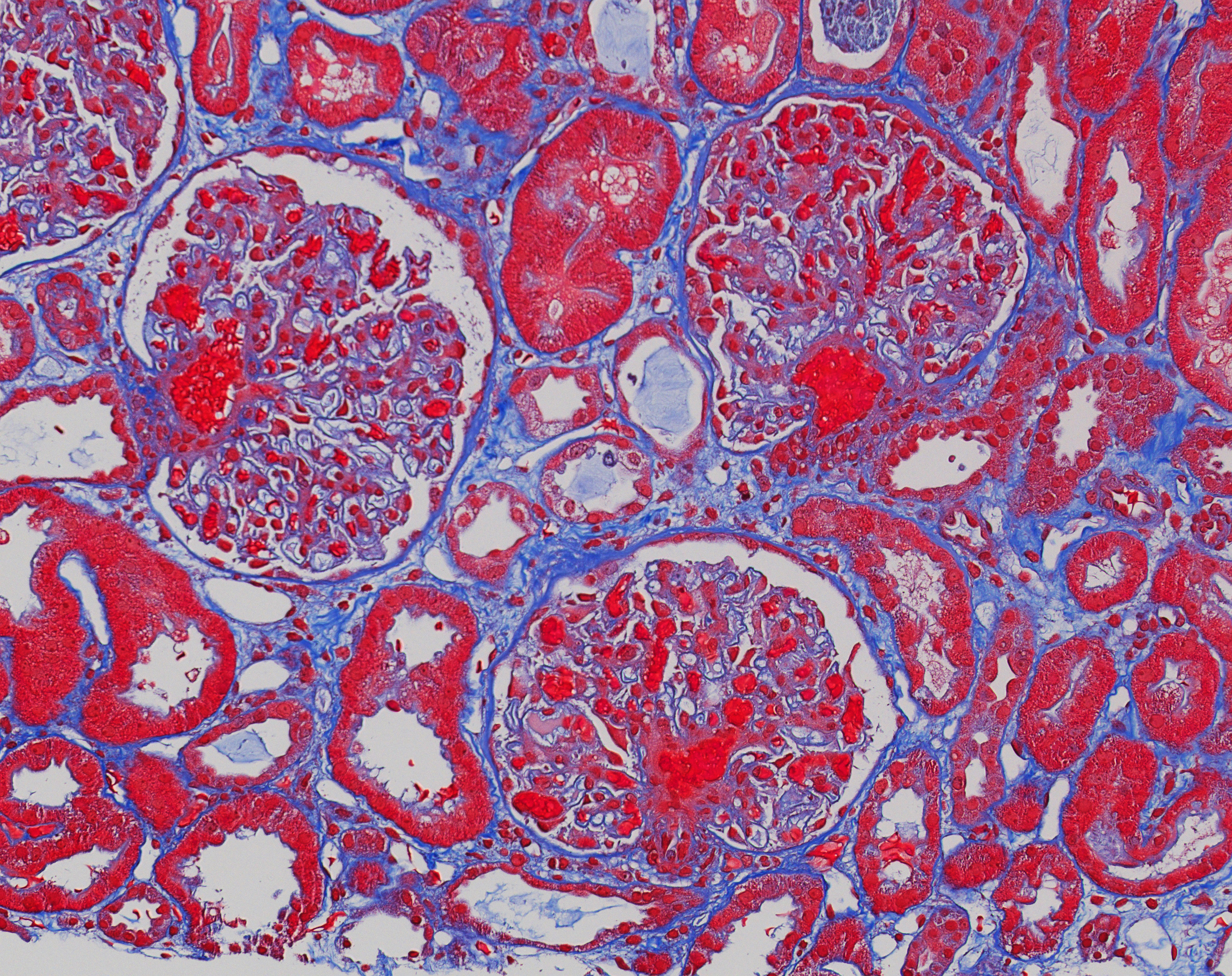