The Predictive Value of the Tissue Expression of CD68 in the Occurrence of Antibody Mediated Rejection, Graft Dysfunction, and Loss in Both Standard-Risk and Sensitized Kidney Transplant Recipients

The Predictive Value of the Tissue Expression of CD68 in the Occurrence of Antibody Mediated Rejection, Graft Dysfunction, and Loss in Both Standard-Risk and Sensitized Kidney Transplant Recipients

Tissue analysis of intragraft immunological processes remains an essential, but often underestimated tool as an early prognostic determinant of humoral changes and graft loss in kidney transplantation. This is particularly true for the growing population of sensitized recipients with an increased risk of immunological graft loss.

We retrospectively studied all eligible 213 allograft biopsies from 104 standard-risk and sensitized patients transplanted between 2006 and 2012, obtained in the first year after transplantation. We compared the effect of macrophage infiltration on long-term-allograft function and death-censored graft loss in both risk populations, analyzing the impact on the development of acute and chronic changes.

Macrophage tissue infiltration represents a potential additional tool for the analysis of kidney transplant biopsies and may predict worse outcomes especially in sensitized patients, irrespective of the histological diagnosis. 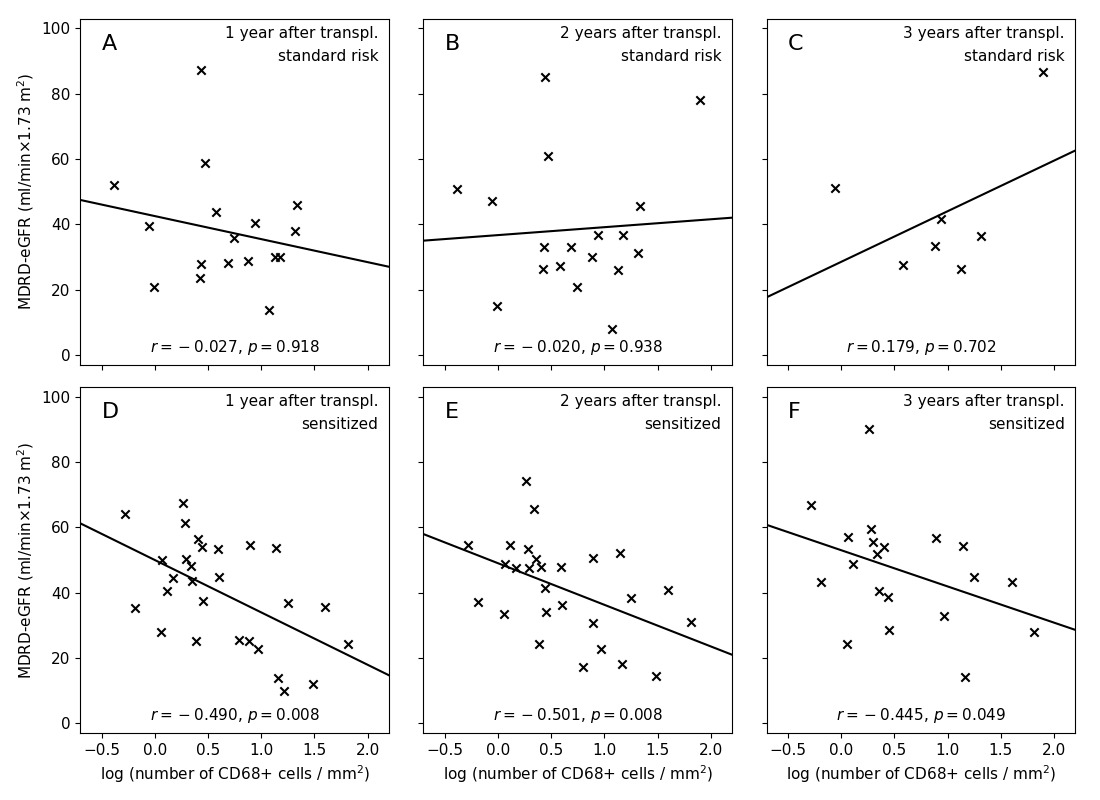