PE (pre-eclampsia) is characterized by hypertension, vasoconstriction, proteinuria and renal sodium retention. It is unknown whether expression or phosphorylation of the distal renal tubular sodium transporters (NKCC2, NCC and EnaC) changes in women with PE.

A cross-sectional study of 18 PE patients, 22 normotensive pregnant women (NP) and 20 normal women (NC) was performed. Exosomes were isolated from urine by ultracentrifugation. Expression of sodium transporters was analysed by Western Blot corrected for expression of the exosome marker CD9. Statistical comparisons were made by ANOVA and a post-hoc test.

These data suggest a role for increased activity of ENaC and NKCC2 in mediating sodium-retention in PE, occurring despite reduced signalling through the WNK/SPAK/OSR1 pathway. 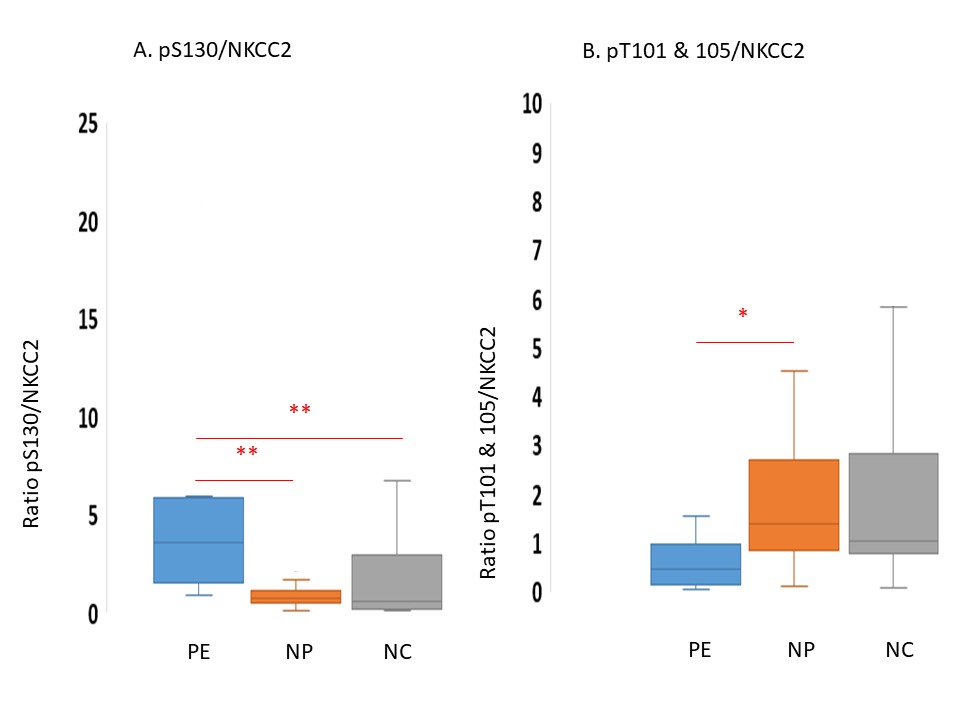