inflammation and Dimethyl Arginine Asymmetric (ADMA) are related to mortality in hemodialysis (HD). Study aims to analyze interaction between ADMA and CRP among DM- and + patients in HD.

Pre-HD ADMA measured by HPLC in 202 adults prevalent in HD. CRP measured by ultra-sensitive immunoturbidimetry. Association with mortality in 4 years through SPSS 23.0. 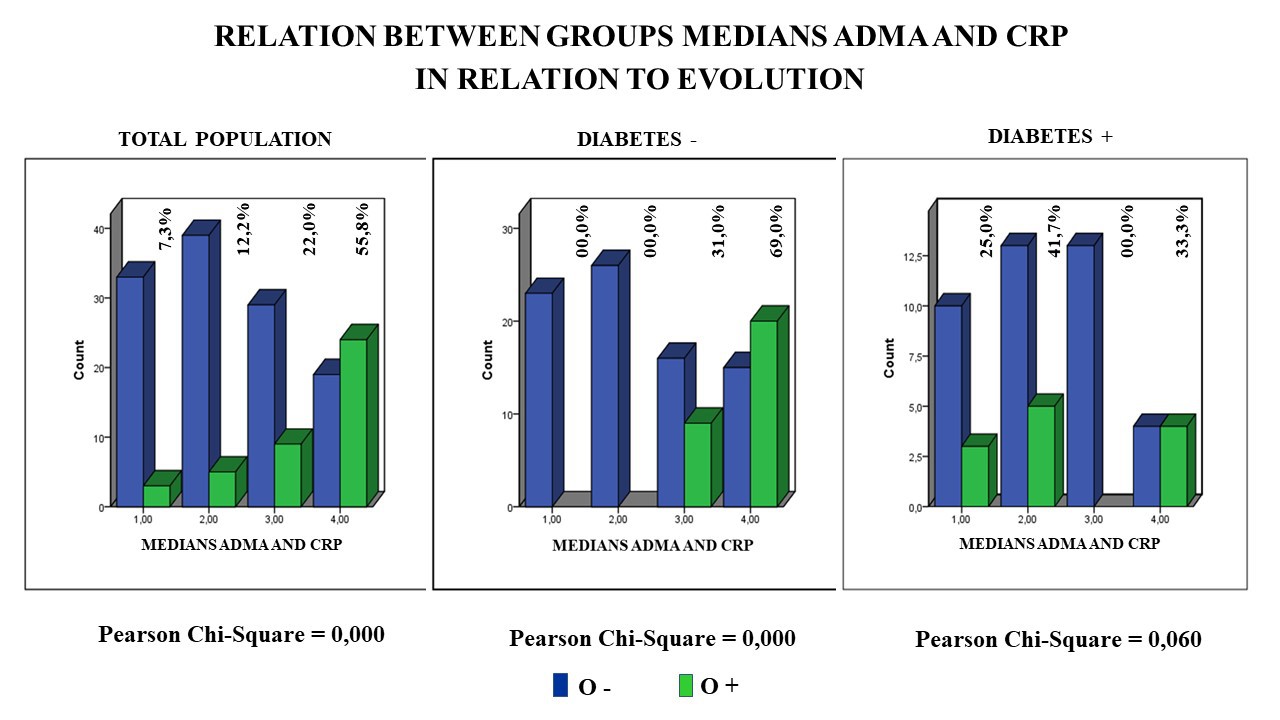