The contrast volume used during angiographic procedures represents an important modifiable risk factor for contrast-induced nephropathy (CIN). As a result, attempts have been made to limit contrast exposure by determining maximum allowable contrast dose (MACD), using specific equations. Two published methods exist, but they use different components to derive the MACD: Method A uses weight and creatinine, Method B uses the estimated GFR (eGFR) multiplied by a specific ratio. Our study analyzed and compared the 2 methods with respect to concordance, and implications for incorporating into clinical practice. The goal was to find a simple equation to implement which would be safe (i.e. give the lowest MACD).

The results show a marked discordance in calculation of MACD depending on the equation used (see Figures). In the majority of cases method B gives a more conservative estimate of MACD. The difference is most marked for those who are heavier, older and are female, particularly non-black females.

Discrepancies in allowable contrast doses based on published formulae may lead to different and higher contrast exposure for some patients. We propose an alternative method which suggests lower contrast doses in those at highest risk of CIN. The impact of implementation of these methods on MACD used, subsequent incidence of CIN and dialysis as well as cardiovascular outcomes remains to be studied. 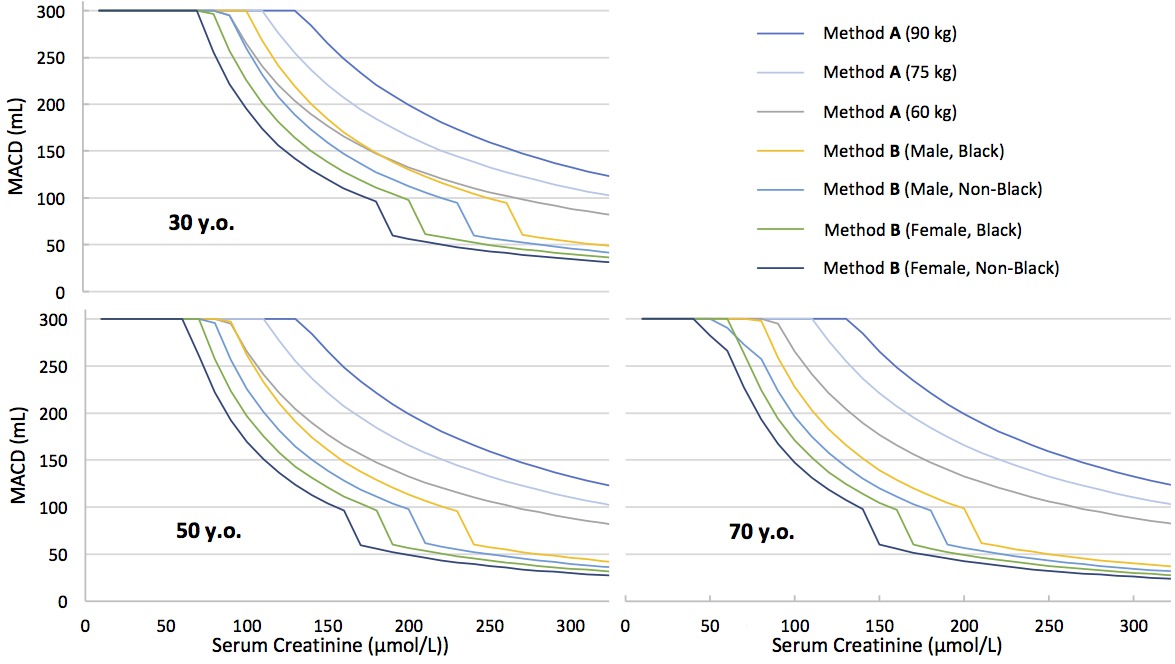