Hypertension contributes to heart disease and renal injury. However the impact of MI plus hypertension on renal injury is not clearly described. Spironolactone (SP) can reduce cardiac fibrosis and improve cardiac re-modelling post MI; its effects on the kidney are unknown. We examined the effects of SP on renal fibrosis in hypertensive rats post MI. 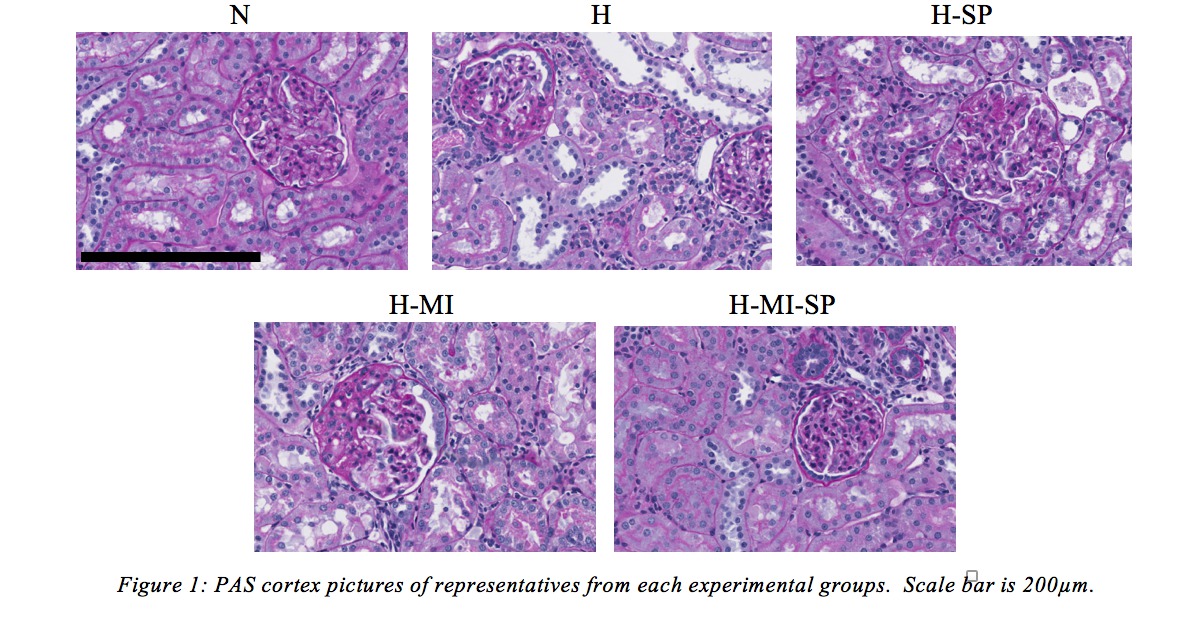