Ferric Citrate (FC) is an iron-based phosphate (P) binder approved for control of serum P in patients (pts) with CKD on dialysis. We retrospectively evaluated changes in healthcare resource utilization (HRU) and laboratory parameters before and after FC initiation in typical dialysis practice.

FC users were identified between 1/2015-7/2016 from a large U.S. dialysis provider. HRU and lab data were ascertained for continuous FC users in 4 sequential periods (1 pre and 3 post-FC initiation; 3 months each). We determined mean change and mean % change for each post-FC period vs. pre-FC (baseline). Mean change was analyzed using Students t-test for paired data.

Despite significant reductions in IV iron and ESA utilization, hemoglobin and iron parameters improved within 3 months of FC initiation in pts on dialysis. Additionally, serum P control improved significantly in this patient population. 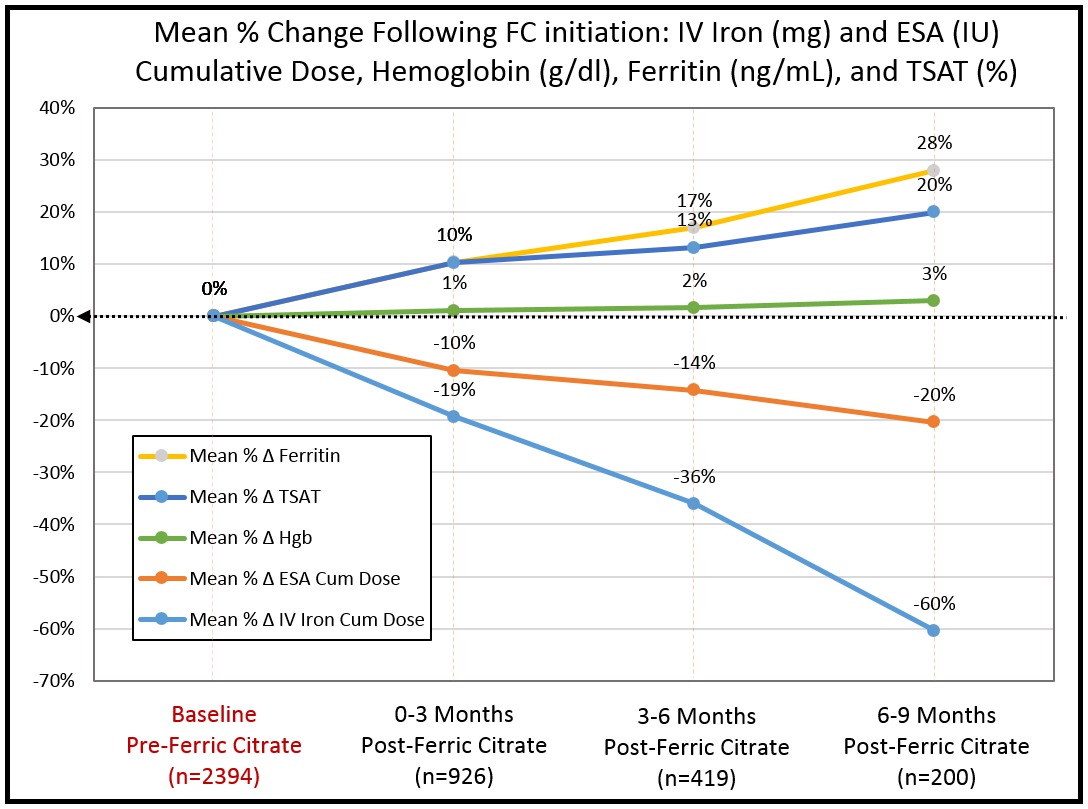