Empagliflozin (EMPA) and Incidence of Rapid Decline in eGFR in Patients with Type 2 Diabetes (T2D) and Established Cardiovascular Disease (CVD): An Exploratory Analysis from the EMPA-REG OUTCOME Trial

Empagliflozin (EMPA) and Incidence of Rapid Decline in eGFR in Patients with Type 2 Diabetes (T2D) and Established Cardiovascular Disease (CVD): An Exploratory Analysis from the EMPA-REG OUTCOME Trial 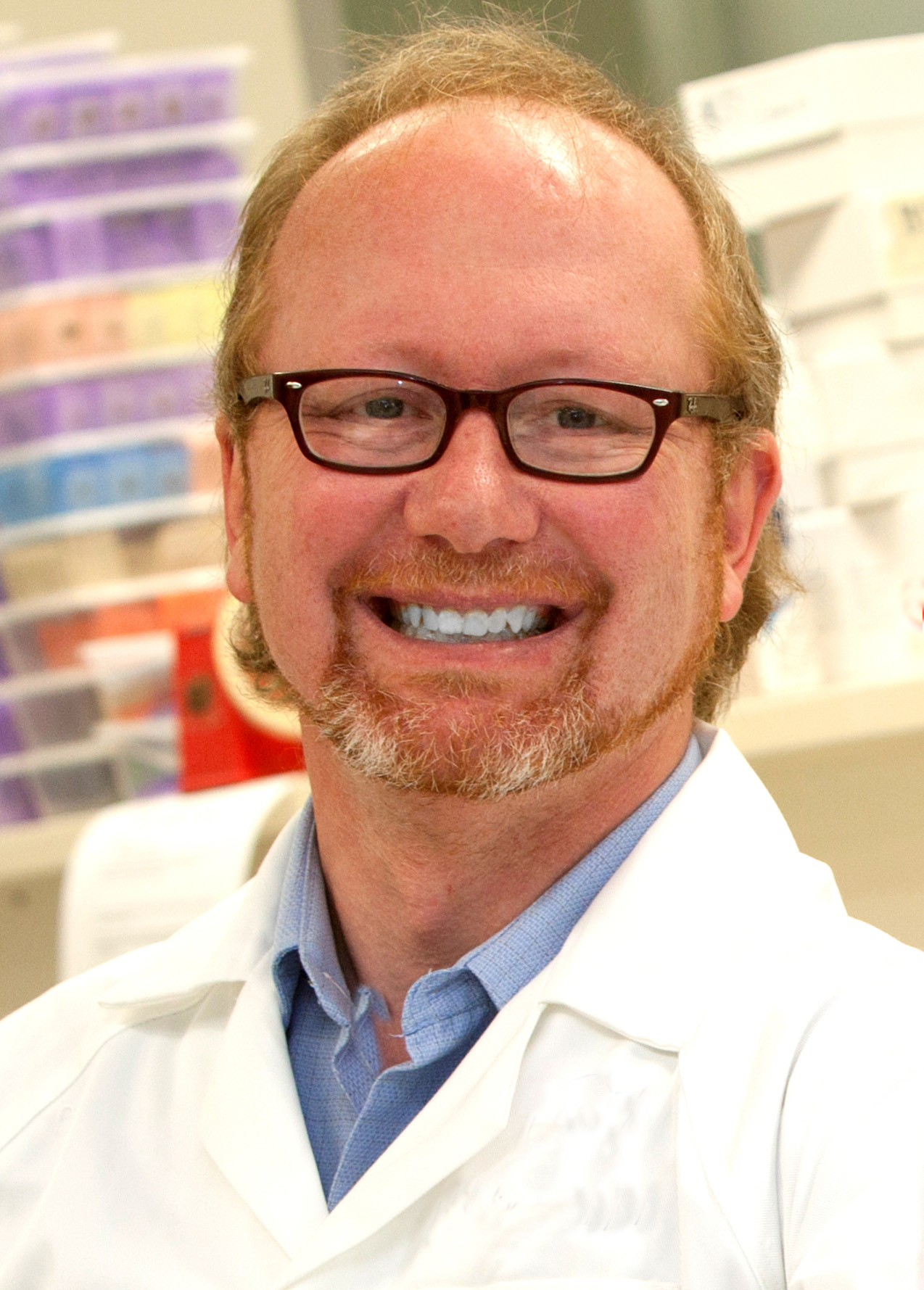 The eGFR progressively declines in most patients with T2D. In some patients a more rapid decline in eGFR is observed, putting them at risk for the consequences of uremia and ultimately end-stage renal disease. In the EMPA-REG OUTCOME® trial, EMPA was associated with slower progression of kidney disease. In this post-hoc analysis, we evaluated the effect of EMPA on the incidence of patients experiencing a more rapid decline in eGFR.

7020 patients with T2D and established CVD were randomized (1:1:1) to EMPA 10 mg, 25 mg or placebo (PBO) in addition to standard of care. Change in eGFR decline over the study period (from baseline to follow-up) was calculated by utilizing linear regression models. A rapid decline in eGFR was defined by an annual decline in eGFR ≥5 ml/min/1.73m2. Logistic regression analysis was used to investigate differences between EMPA vs PBO groups.

At baseline, mean (SD) eGFR was 74.0 (21.4) ml/min/1.73m2. Over the study period, 354 participants (5.1%) experienced a rapid decline in eGFR, including 8.9% in the PBO group and 3.2% in participants receiving EMPA. After adjusting for other risk factors, this equated to two-thirds reduction in risk (Figure, odds ratio 0.33 [95% CI 0.26, 0.41]; p<0.0001) among participants receiving EMPA. A similar reduction among EMPA-treated participants in the incidence of patients experiencing a rapid decline in eGFR was also observed using a lower threshold (Figure).

Patients treated with EMPA were significantly less likely to experience a rapid decline in eGFR over approximately 3 years of treatment. This finding suggests that EMPA may have the potential to reduce the incidence of chronic renal failure in T2D in the long term. 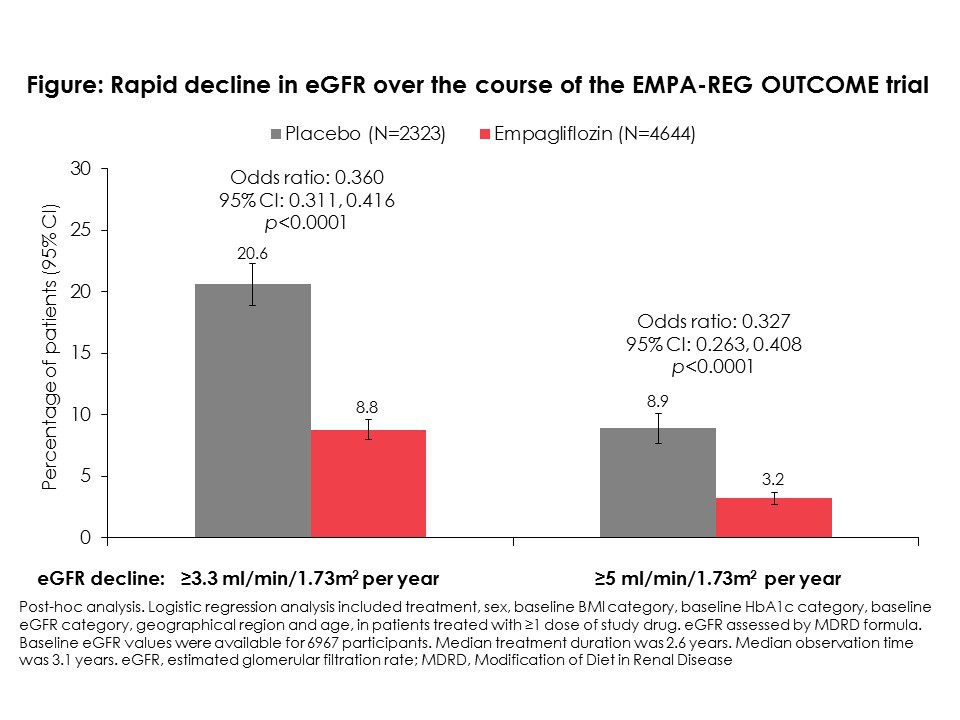