The goal of volume management is to optimize intravascular volume and maximize cardiac output (CO).

We retrospectively studied 12 ICU patients in 29 intermittent HD (IHD) encounters who had relative intravascular volume assessed by respiratory changes in inferior vena cava diameter within 24 hours prior to IHD/UF, and CO assessed by thermodilution before and after IHD/UF. IVC Collapsibility Index (CI) = (IVCmax-IVCmin)/IVCmax *100%. CO change >10% was considered significant.

Changes in CO with respect to IVC CI and net volume change with IHD/UF (Fig 1a) may be consistent with changes in position along the Frank Starling curve (Fig 1b), assuming that relative intravascular volume is a primary determinant of IVC CI and CO. These data are consistent with IVC CI being an indicator of relative intravascular volume, and provide empiric evidence that “appropriate” volume removal can improve CO in ICU patients. 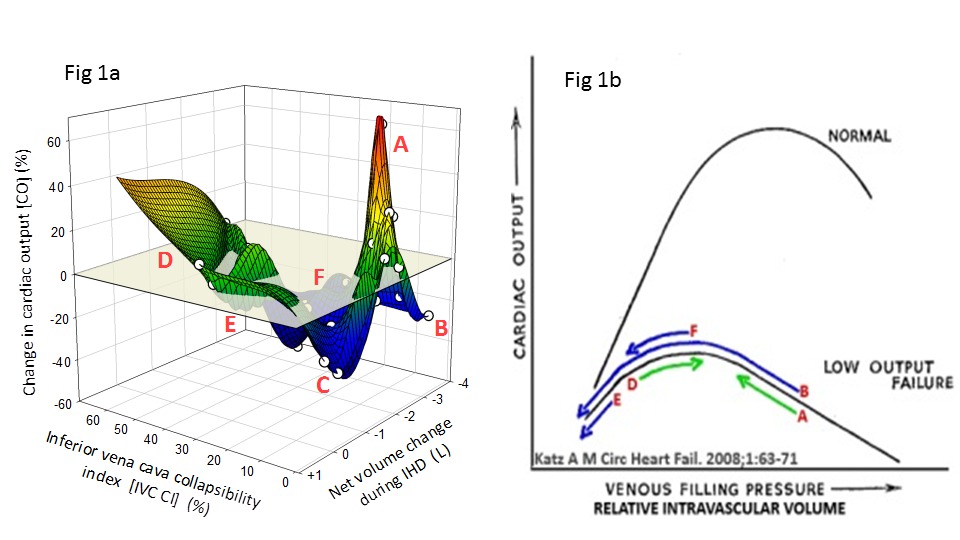