Long-term severe secondary hyperparathyroidism in dialysis patients can lead to formation of "brown tumors," a benign but locally aggressive neoplasm of predominantly osteoclast-like giant cells in a fibrous stroma. They present as single or multiple lesions and are locally destructive by their lytic and expansive properties. Parathyroidectomy is preferred over medical management. Here we describe a case of acute cord compression caused by a brown tumor.

A 33-year-old Hispanic female, dialysis dependent for 9 years, presents with progressive lower extremity weakness and back pain. She had many years of uncontrolled hyperparathyroidism. Levels of iPTH were consistently above 2000, but recently up to 5500. Addition of cinacalcet improved PTH but it remained above 3000. Hypercalcemia indicated development of tertiary hyperparathyroidism. Imaging now revealed numerous lytic lesions through the spine, ribs, and sternum, and two expansive masses at T3 and T12 with severe spinal cord compression at T3 with associated cord edema (see image), moderate spinal canal stenosis at T12. She underwent emergent T2-T4 laminectomy with resection of the tumor, followed by subtotal parathyroidectomy one week later. Intraoperative PTH dropped from 2358 to 268, and to 11 the following day.

Spinal cord compression by a brown tumor is a rare complication of secondary or tertiary hyperparathyroidism and poses a treatment dilemma as regression of brown tumor after parathyroidectomy has been well described. Given her acute presentation with cord edema at T3 we decided on neurosurgical intervention. The brown tumor at T12 caused spinal stenosis but no cord compression. We are now following expectantly as we monitor the T12 mass and lytic bone lesions in anticipation of resolution post parathyroidectomy. 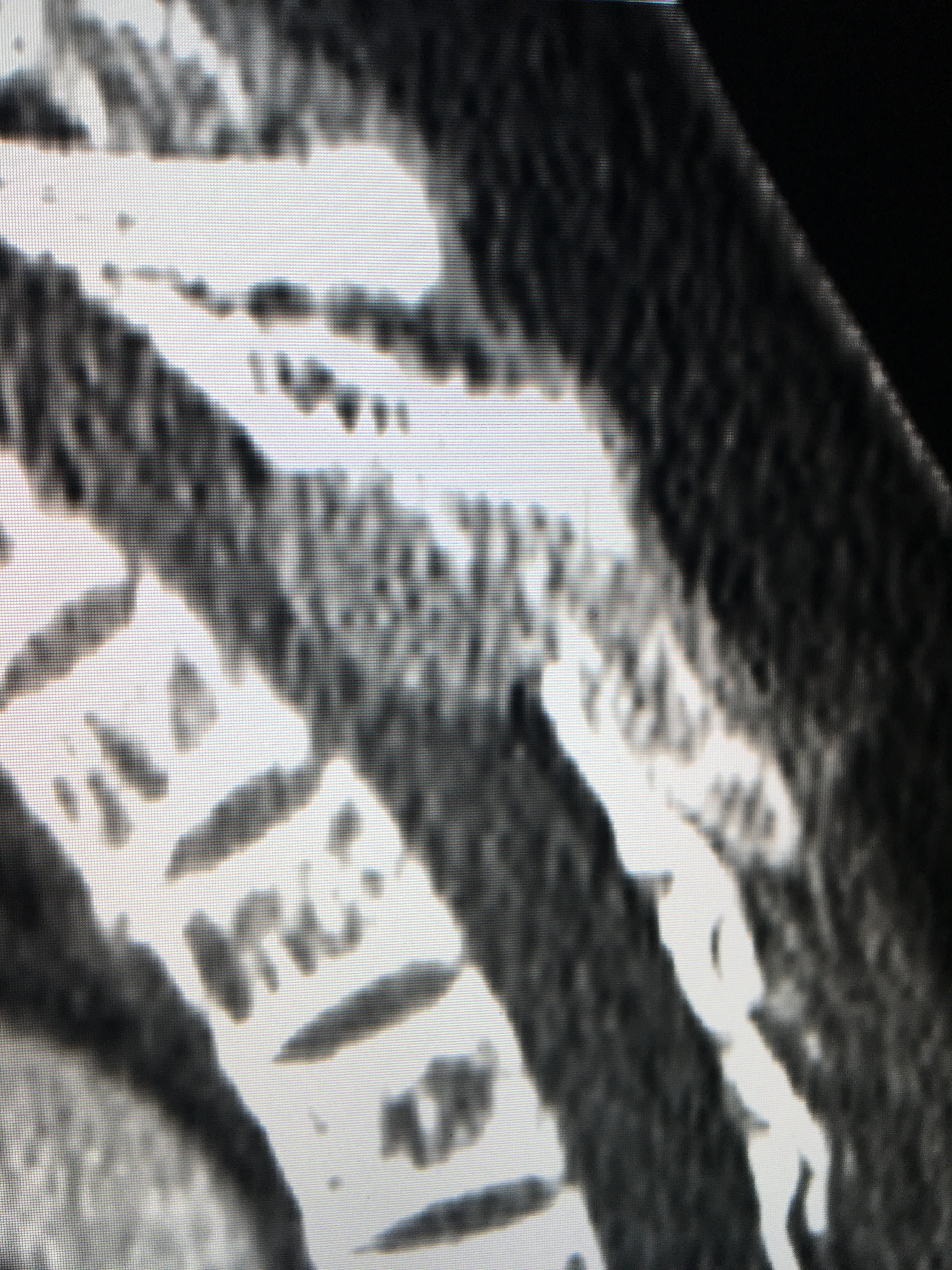