Increasing uptake of home hemodialysis (HD) has led to interest in characteristics that predict modality failure. Recent reports of practice pattern variability led us to hypothesize there are patient- and center-specific factors that influence outcomes in home HD.

We assembled a retrospective cohort of incident home HD patients from 7 centers in Canada from 2000 to 2010 to evaluate case-mix and process of care characteristics on technique failure and mortality. Care characteristics included intervals of follow up/blood work/vascular access monitoring, nursing and physician models of care, patient-to-nurse ratio, and presence/absence of routine home visits and technique audits among others.

The cohort consisted of 579 patients. Mean age was 49.9±14.1 years, 74% were Caucasian, with a median dialysis vintage of 1.9 years (IQR 0.6, 5.2); 68% used an AVF or AVG. Mean duration of dialysis 31.2±12.6 hrs/wk. Unadjusted 1 and 2 year technique survival (censored for death and transplantation) and overall survival was 90% and 83%, and 94% and 86%, respectively. Treating center was a strong predictor of adverse outcomes (Table). With baseline adjustment for center effect, few patient-specific variables remained significant predictors of either study outcome; we did not identify significant program-specific characteristics of care processes to explain the center effect.

The home HD treating center has a significant impact on technique failure and patient mortality. We did not identify specific components of programmatic care to explain this observation. The relationship between process of care and patient outcomes is critical and requires further investigation. 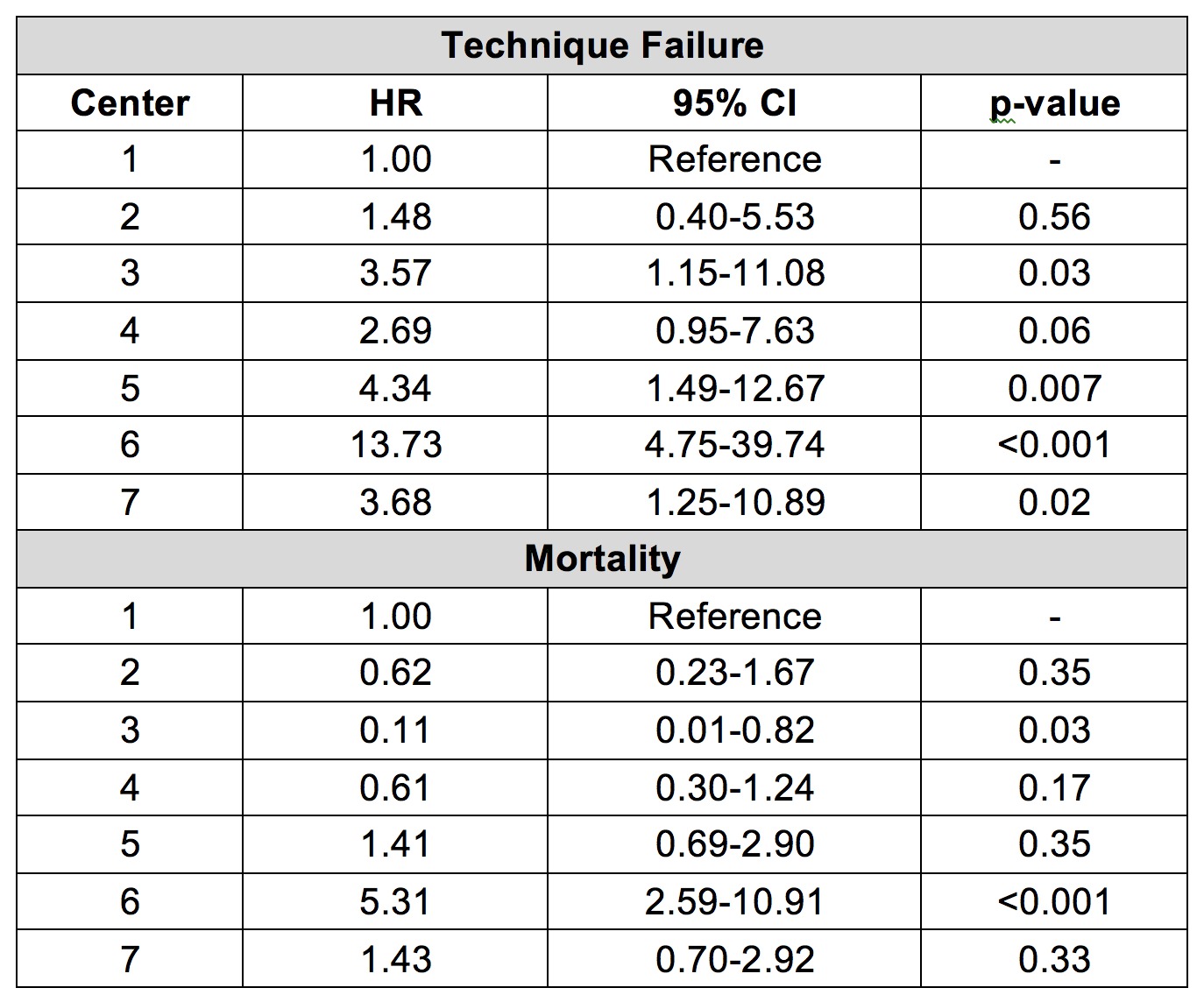 Technique Failure and Mortality According to Treatment Center