Studies indicate that not only the kidney but also the skin microcirculation might be pivotal for a sodium-sensitive blood pressure (BP) response. While high sodium diet (HSD) is associated with reduced density of blood capillaries, animal studies showed an increment of skin lymphatic capillaries in both amount and size. We investigated sodium-induced changes in both lymphatic and blood skin microcirculation of healthy males in relation to blood pressure (BP).

We performed a randomized crossover study in healthy males. All subjects pursued an 8-day low sodium diet (LSD: <50 mmol Na+/day) and HSD (>200 mmol Na+/day). Diet order was randomized and time in-between diets was 1-2 weeks. After each diet, BP measurements and skin biopsies were obtained. Endothelia of blood (CD31) and lymphatic capillaries (D2-40) were identified through immunohistochemistry.

HSD is associated with skin lymphangiogenesis and a loss of correlation between the lymphatic and blood microcirculation. Blood microcirculatory changes correlate with BP response, possibly playing a role in sodium-sensitive hypertension development. 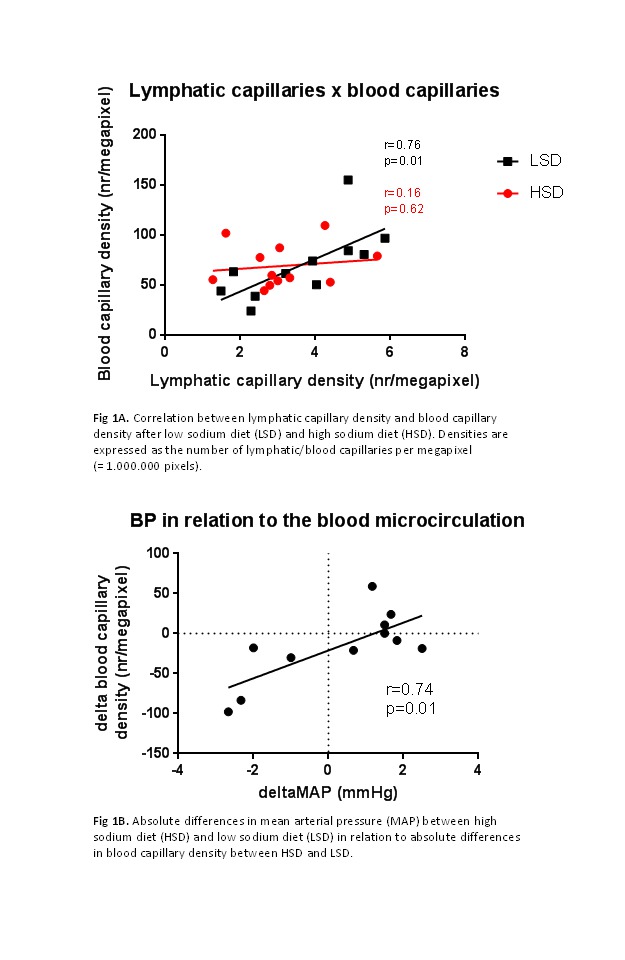