The benefits of kidney transplantation (KTx) in diabetic patients with peripheral vascular disease (PVD) are unclear. While patients may have improved survival compared to dialysis, the burden of care post KTx has not been assessed.

We performed a review of diabetic patients with and without PVD transplanted from January 2012 to June 30, 2015. Data on readmissions, re-operations and length of stay was collected. Patient and graft survival was assessed. 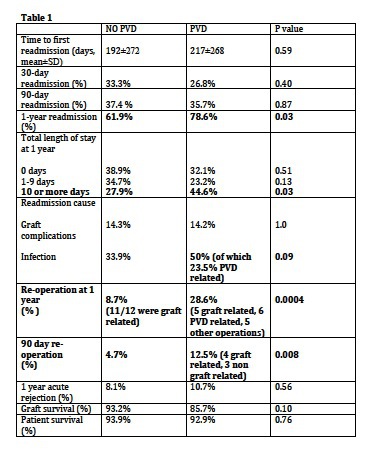