Vascular stiffness is an important phenotype of cardiovascular disease (CVD) in patients with CKD. Though common in CKD, acid base disturbances as risk factors for CVD are not well studied. We aimed to test the association between serum bicarbonate and vascular stiffness as expressed by carotid femoral pulse wave velocity (cfPWV).

In a large cohort of patients with CKD, serum bicarbonate below 22 or above 26 mEq/L was associated with higher cfPWV. Further studies are needed to determine if there is a direct causal link between acid base abnormalities and vascular stiffness and to define the optimal range of serum bicarbonate in CKD to prevent adverse clinical outcomes. 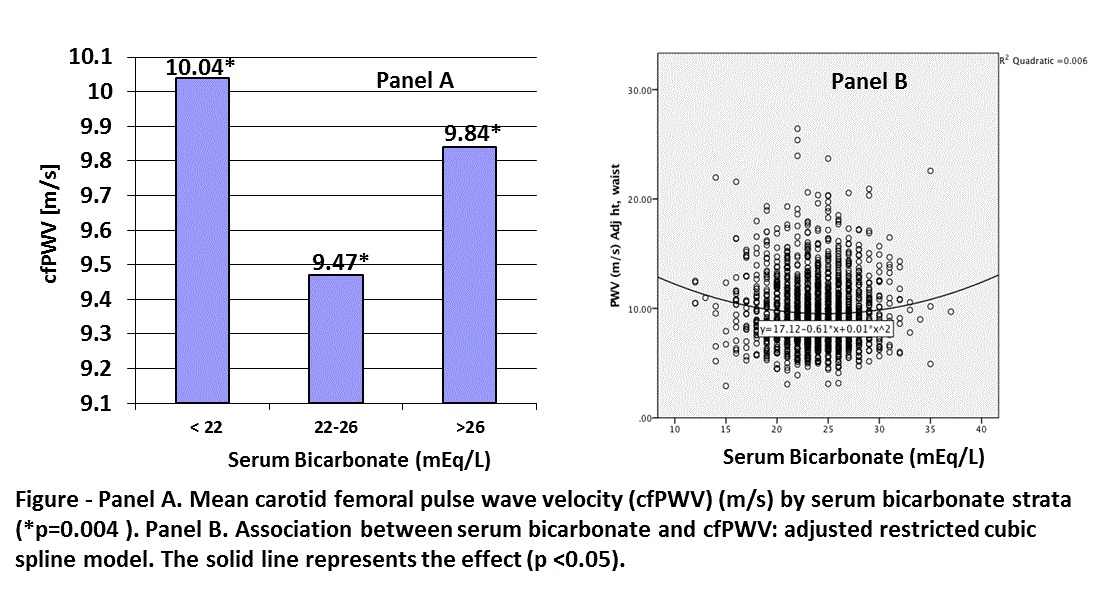