We collected the yearly medical examination data from 2008 to 2015 of workers in a railway company in Japan. The data of individuals without a life-related disease, such as hypertension, diabetes mellitus, dyslipidemia, and hyperuricemia, were selected.
The selected individuals were classified into 3 categories by average eGFR from 2008 to 2015. Categories I, II, and III were ≥90, 60–90, and <60 ml/min/1.73m2, respectively. The individuals were next classified into 3 categories by the number of proteinuria reports from 2008 to 2015. Categories 0, 1, and 2 were 0, 1, and ≥2 reports, respectively.
Category I–III and Category 0–2 were then combined to form 9 categories (Category I0-III2) and their relationship to systolic and diastolic blood pressure in 2014 examined using ANCOVA with adjusted age and gender. 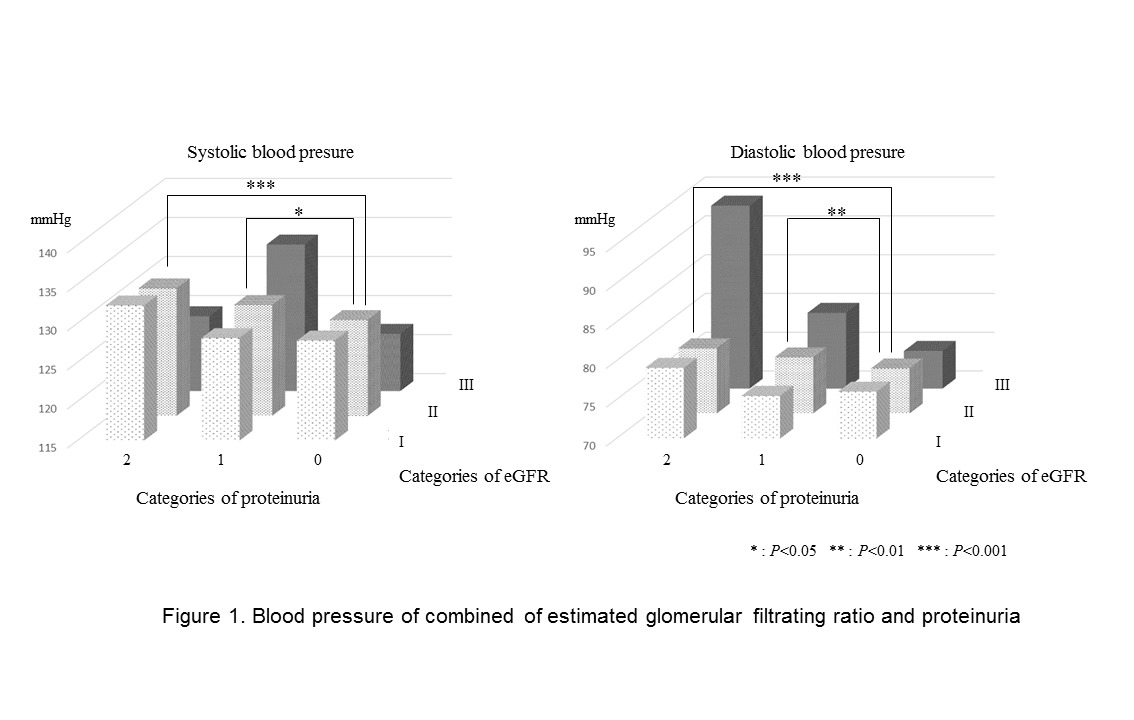